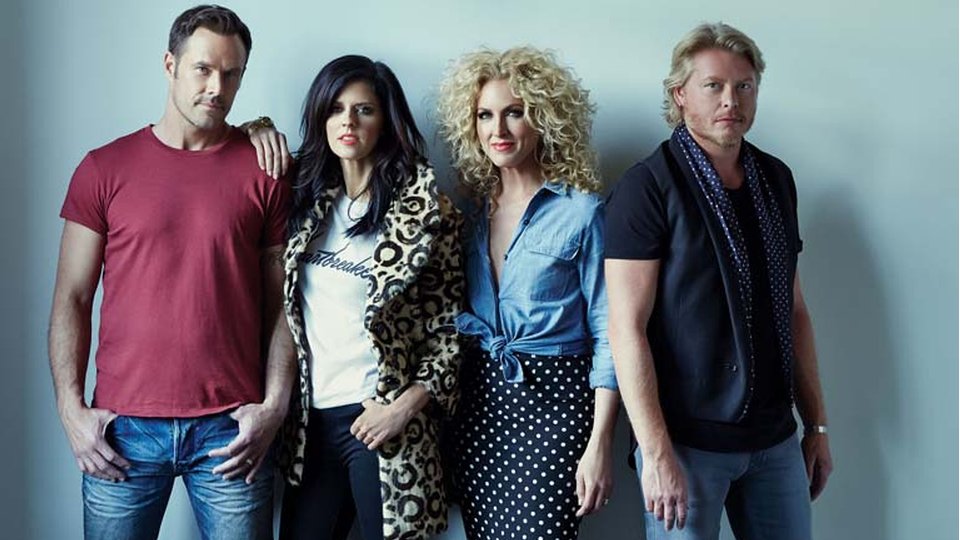 When you think of the leading artists in Country music, you immediately bring Little Big Town to mind. The four-piece has been together for almost 20 years and in that time they’ve released six albums. In 2015 they enjoyed a huge hit with Girl Crush, which has become one of their most successful songs to date and is taken from their sixth studio album Pain Killer. Little Big Town performed at the first ever C2C: Country to Country four years ago and last year they kicked off C2C 2016 performing a gig at the festival launch at the Brooklyn Bowl inside The O2. Yesterday they were the penultimate act on the main stage and boy did they bring one hell of a performance.

Little Big Town are all about the vocal harmonies and they opened their set with an acapella rendition of Dolly Parton’s timeless classic Jolene. The band’s chemistry makes what they do look effortless and with their flawless vocals they set the bar incredibly high from the first number. Thankfully they didn’t disappoint delivering consistently strong vocals throughout their performance, which consisted of songs from across their entire back catalogue.

One of the things I’ve always loved about Little Big Town is that they all let each other shine. You don’t get the impression that any one member of the band wants to take the spotlight and their setlist gave them all opportunity to shine. Kimberly Schlapman stormed the stage with lead vocals on Sober and the rockier Save Your Sin, while Phillip Sweet brought the emotion with Bring It On Home. Jimi Westbrook took lead vocals duties on Tumble and Fall and wowed with his vocals on closing number Boondocks.

Karen Fairchild shined the brightest on Girl Crush, a song that is destined to stay with the band forever and likely will become one of their signature tunes. She really understands how to convey the emotion of every lyric she sings and that song was a definite highlight of the set.

Elsewhere the band rolled out big hitters such as the fun Pontoon, ode to getting hammered in the sun Day Drinkin’ and the darker beat-driven Tornado.

Throughout their performance Little Big Town looked like they were having as much fun as the audience. Schlapman, who may just be the happiest person I’ve ever seen in my life, had a huge smile on her face for the full set and the band interacted with each other laughing and joking all night.

There is no band in Country music that is vocally tighter than Little Big Town right now. The length of time the band has been together has given them a unique understanding of how to come together vocally and they always sound incredible. Last night was a triumphant return to C2C for them and on their next appearance I hope they graduate to headliner because they definite deserve it.

In this article:C2C, Little Big Town