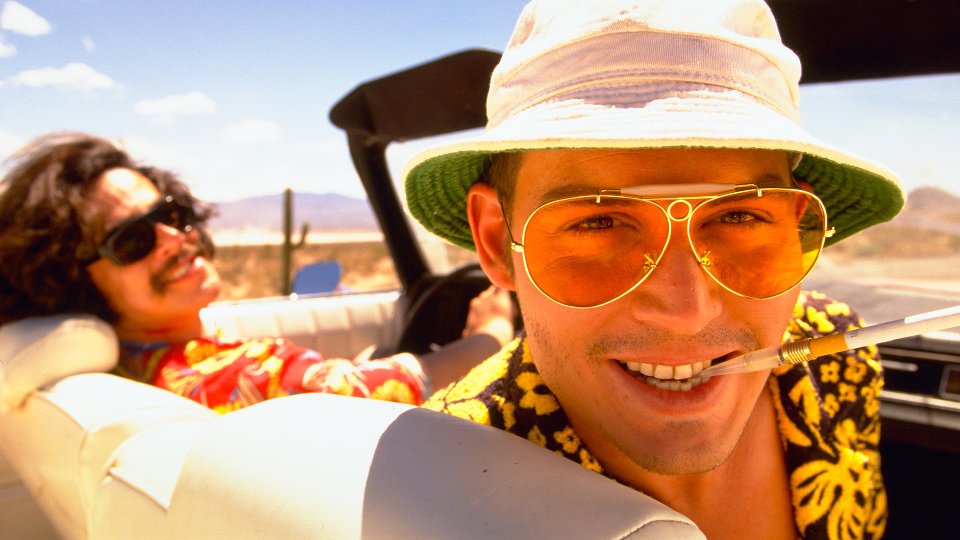 “We were somewhere around Barstow, on the edge of the desert, when the drugs began to take hold.” And from this opening moment, they don’t ever let go, in this visually stunning, hallucinatory romp around Sin City.

This film is the result of the work of three maverick artists (Hunter S. Thompson, Ralph Steadman and Terry Gilliam), channeling their genius into a fearless actor (Johnny Depp) at the top of his game. The resulting film is a sensory feast. A stream-of-consciousness, drug fuelled vision of America, and the dream that died as the 60s faded away.

As far as plot goes, that’s about it, as Duke and Gonzo stumble from one trip to the next. If you’re looking for a coherent film, with character arcs and a classical three-act structure, you need to look elsewhere. This is not a mainstream, popular film. In fact, it was a complete bomb when it was released in 1998. This is the very definition of a cult film, endlessly quotable and meant to be watched at home, late at night whilst drinking and smoking.

The big draw of Fear and Loathing in Las Vegas, is witnessing the triumvirate of Depp, Del Toro and Gilliam in action. Johnny Depp and Benicio Del Toro give transformative performances, fully committed to the weirdness of the novel. Del Toro gained 45lbs to portray the wild-man attorney, and an almost unrecognisable, balding, gurning Depp has never been better.

The true star of the show however, is director Terry Gilliam. For once working with minimal studio interference and a script that demanded visual inventiveness and a full embrace of the absurd, his wild imagination is let loose on the screen. Yes, at times it is a complete mess, fractured, ugly and bizarre, but that is exactly what the source material required. When Duke and Gonzo arrive at the Las Vegas hotel, and the world around them warps into a nightmare of giant lizards, it is an almost verbatim representation of what occurs in the book. This is virtuoso psychedelic filmmaking, but you may need to be in the right…ahem…state of mind to enjoy it.