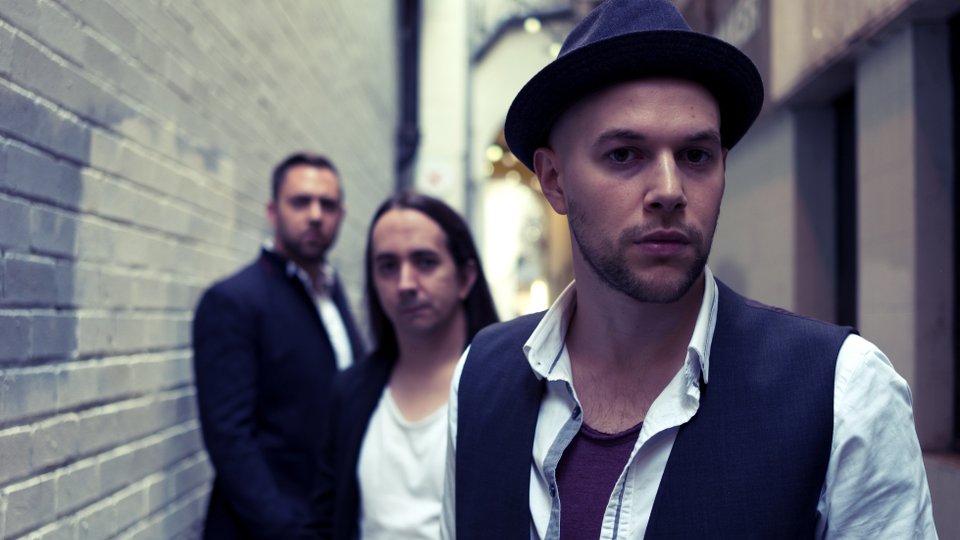 The Rising are relatively new to the world of Country music but they certainly new to music.

Spearheaded by Chris Logan, went under a very different guise before they became The Rising (there’s more on that in the interview). After releasing their debut album Coming Home last year, The Rising have been touring and building their name on the live circuit.

They will be performing at this year’s C2C: Country to Country, which kicks off on Friday.

Ahead of their performances we caught up with the band to talk about their music, find out how they came to be, and discuss the importance of being part of C2C.

Hey, thanks for having us. We are actually locked in the studio working on and recording new music at this very moment. Pretty much been flat out recording since January.

You’ll be performing as part of the C2C line-up in March. How do you feel about being part of the festival and what can we expect from your performance?

We are absolutely honoured and ecstatic to be part of the festival. Our first performance at the festival was in 2015, so its an absolute honour to be asked back for a second time in a row. Our appearance in 2015 was the catalyst to allot of the great things that happened to us last year, so, we are hoping to use this years performance as a springboard for exciting things this year. We are also using our performances this year to debut the brand new music that we have been working on. C2C will be the first time the new songs will have been performed in public, So we are really excited and nervous about that. It’ll be great to see how people react to the new material.

We will be performing twice at this years festival. Firstly, on Friday 11th we play The Big Entrance Stage at 6pm. Then on Saturday 12th we will be at The Brooklyn Bowl at 7:30pm. Last year while we were performing C2C 2015 we actually made a wish/set a goal that we would play there so it’s really exciting to be given that opportunity.

Which artists on the C2C bill are you looking forward to seeing and is there anyone performing that you’d like to collaborate with?

We want to see as much music as possible while we are in town. We have seen Kacey Musgraves, Eric Church and Carrie Underwood previously several times so they are always great to see. We can’t wait to see Little Big Town, Dwight Yoakam and Chris Stapleton.

In terms of pop-up acts we also looking forward to catching up with all of our buddies in Luke & Mel, Dexeter and all the other UK Country Artists. It’ll also be great to check out Ashley Campbell, Sarah Darling and Shane McAnally.

When it comes to Collaboration our dream collaboration would be either Carrie Underwood or Eric Church…or even both, we aren’t greedy at all…I promise. (haha)

In terms of country music you’re a relatively new band but actually you’ve been in the industry for a while. How did The Rising come to be?

Yes, before ‘The Rising’ we were called EXIT. We were are a hard edged Pop/Rock band. We were getting great press and reviews in the likes of KERRANG! and getting some great gigs, like supporting bands like Twin Atlantic. However, at the time the music climate (in Ireland especially) was all very hard rock, alt-rock and indie based so the thought of being a Country Rock/Americana band was out of the question, so we were trying to fit into that scene. But, we were all listening to and taking influence from Country, Americana and Pop based music. Likewise, the songs were written naturally as Country/Americana/Pop songs. It was only after that we would then get into a rehearsal room and literally force them into becoming harder edged rock songs. It was madness, eventually something had to give. It felt as if we were lying to ourselves by taking perfectly good songs and sand-blasting them into a form that we thought would fit a certain demographic. Eventually, we decided enough was enough and we completely re-branded with a different name and started making the music we really wanted to make.

Our band name comes from Bruce Springsteen’s album The Rising. We are all massive fans of this album, with it hitting our individual greatest albums of all time lists. So being massive fans of the album, ‘The Boss’ himself and his songwriting, we thought it would be great to name the band after him.

There’s a real movement at the moment for homegrown country music led by bands such as The Shires and Ward Thomas. Why do you think that country music is finally being embraced by the UK?

Well, being from Ireland its slightly different from our side of the pond. In Ireland country music has always been massive, after all we helped to invent it by exporting traditional instruments and folk music to America. This is also the reason that our hometown of Belfast, Northern Ireland and Nashville, TN are official ‘Sister Cities’. I was brought up on the music of Merle Haggard, Johnny Cash, Marty Robbins, Eagles etc by my Dad who was a country singer and played country bands in Ireland throughout the 60s upwards. Right up to the 90’s Garth Brooks was something of a God over here. But that movement was hijacked by “Irish Country” music which is more ‘showband’ based, dance music focused around jives etc. So thats where we join up with the UK Movement of today. A few years ago when we first wanted to start playing Country Rock we were laughed out of town with constant references to the Blues Brothers. So with acts like The Shires and Ward Thomas spearheading the movement it allows acts like us to almost slipstream that success and try and bring something
different to the table.

Personally, I think the reason is deeper and part of a genuine change. The UK has been bombarded with TV Talent show based music and pop music with no substance and music lovers are looking elsewhere. People are starting to wake up to the fact that they want proper artists again and the idea that someone goes on a reality TV and all of a sudden is catapulted to fame without writing any songs or really working at paying their dues is beginning to get old. Even today’s pop music has been dumbed down to the point that lyrics are secondary and it means absolutely nothing…disposable music.

People want music they can get into and believe in and Modern Country Music with its blend of traditional song craft and more accessible pop/rock leanings is catching onto the masses in the UK. I predict that Country music is only at its starting point here in the UK.

What challenges have you found in terms of trying to get your music heard?

Once again, being based in Ireland its automatically more difficult for us to get heard and tour. Even simply from a financial and logistical point of view. For example, if a band from Scotland wanted to tour the UK its easy to jump in their cars and go. With us its a massive undertaking involving flights, ferries, gear hire, vehicle hire, multiple hotel rooms and not to mention the massive expense that goes with it. So automatically its instantly harder to build a fanbase because you can’t tour as much as you would like. A typical example would be where we had an interview on BBC Radio London, the actual interview only lasted 30mins but for us it involved a full days travel and two airplane flights and a massive financial undertaking.

But generally we face the same challenges as all bands, getting heard above all the noise that exists today.

How would you describe a typical The Rising live performance?

Well firstly, the one thing that people will notice is we like to get in and really perform a song, we aren’t ones for standing still for too long. We’ve all been to those shows were bands/artists simply stand on the stage and perform their songs like they are super-glued to the stage. We firmly believe that live music is as much a visual experience as it is aurally. We want the audience to experience a show not simply listen to the songs, they can do that in the comfort of their own homes.

We also like to amp things up slightly live, maybe even adding in extra verses or changing various musical parts. Its a very much organic thing, we like to interact with a crowd and if we are getting into it you never know what direction we will go in. It makes things interesting for us and also gives the audience a new experience every night.

What artists are you listening to right now?

We are obsessed with Needtobreathe at the moment, probably our favourite modern band. We have been to see them overtime they have played in Ireland over the last few years. Also, heavily on rotation is Dierks Bentley’s album Riser, which is quite simply a modern masterpiece. Likewise, Charles Kelley, Eric Paslay, Chris Stapleton and Kacey Musgraves new albums are also constants.

Keith Urban, Carrie Underwood, Taylor Swift, Tyler Hilton and of course Tom Petty have been major influences on the band for several years.

2016 is shaping up to be very exciting for us, we have been working very hard behind the scenes and we can’t wait to start sharing our hard work with everyone. Our main goals this year are to get new music out there, release our second album, tour the UK/Ireland as well as make moves toward US and Europe. We have also added some brand new band members. They are Chantelle McAteer (Vocals), Brian Mellors
(Bass) and Carla Crawford (Piano/Synths). So we are really excited to show people what we’ve been working on and get our music out to as many people as possible.

The Rising will perform as part of C2C: Country to Country from Friday 11th to Sunday 13th March 2016. Watch the band’s music video for Still Coming Home to You below:

In this article:C2C, The Rising