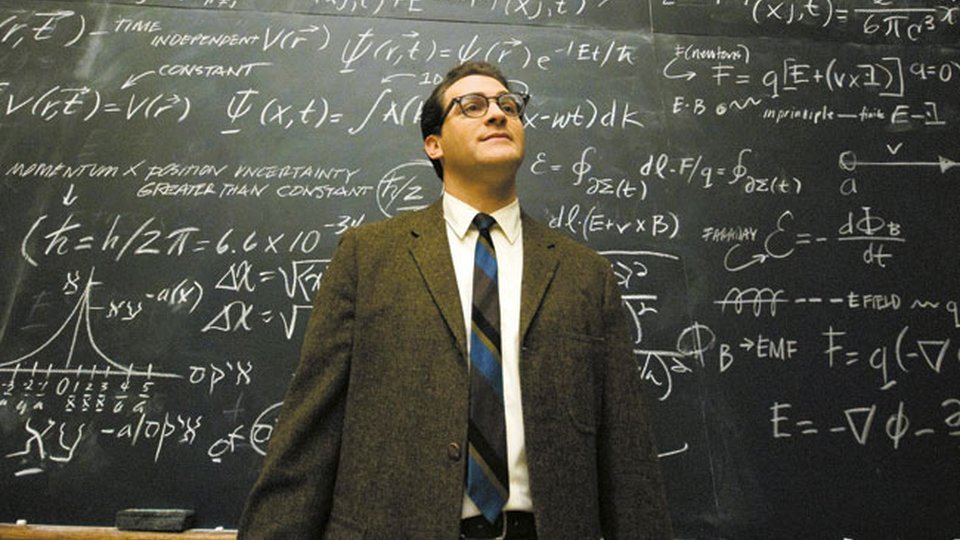 Larry Gopnik (Michael Stuhlbarg) is one of the Coen Brothers strangest characters, in that there is nothing strange about him at all. Not eccentric, weird or dumb in any way. He speaks plainly, without any tics, mannerisms or idiosyncratic affectations. He is wholly unremarkable. He is simply a middle-aged, Jewish physics professor, albeit one that is about to face a series of emotional, physical and spiritual trials.

We first meet Larry in a doctor’s office, undergoing a series of tests. For what ailment, we do not know. At work, where he is under scrutiny from the tenure committee, one of his failing students is trying to bribe him for a passing grade, whilst someone else is writing letters to the committee trying to discredit him. At home his wife Judith (Sari Lennick) is leaving him for one of his colleagues, Sy Ableman – played with honey-voiced gusto by the sublimely sleazy Fred Melamed. His son Danny (Aaron Wolff) is approaching his Bar Mitzvah, but just wants to get stoned and listen to records. His daughter Sarah (Jessica McManus) just wants to use the bathroom, which is forever in use by his waste of space brother Arthur (Richard Kind), who is sleeping on the couch and won’t leave.

How Larry deals with these trials make up the plot of the movie, if you can call it a plot. There is nothing really happening to propel us from one scene to the next, and no stakes are raised at any time. This is simply a film about a man in 1960s mid-Western America, searching for answers to philosophical questions about life and faith. Why are these things happening to me? Where have I erred in life? Haven’t I always tried to be a serious man?

As a physicist he of course assumes he must have done something wrong in life, because “actions always have consequences.” But is there something else at work here, something mystical, that a rational man such as Larry will never be able to comprehend, no matter how many Rabbis he consults?

In the film’s extraordinary prologue, set in a Polish village at the turn of the century, and spoken entirely in Yiddish, a couple bring down a curse on their household by inviting a dybbuk inside. A dybbuk is a malicious, restless spirit that roams the earth, clinging onto the body of it’s deceased host. Are these Larry’s ancestors? Has the curse skipped a generation or two?

In the special features, Joel Coen says that the prologue has no relation to the rest of the film. But since when did we ever get a serious answer from a Coen Brother?

I haven’t mentioned it yet, but this is also a very funny film. Not a gut-buster by any stretch, but there is an inky black vein of comedy coursing through the script, specifically in the way Larry reacts to all that is happening.

Which brings me to the crux of what makes this such an intensely frustrating cinematic experience. We have a main character who is almost entirely passive. He just lets things happen. He dreams of taking action – like sorting out his brother, or shtupping the sexy neighbour – but even these go badly. In real life though he doesn’t even try to do any of these things. This is a deeply un-cinematic choice for the Coens to make. But instead of adhering to the language of cinema, we are instead presented with a perfect reflection of real life. A man who does nothing, whilst life just continues to happen to him. Larry is just like us.