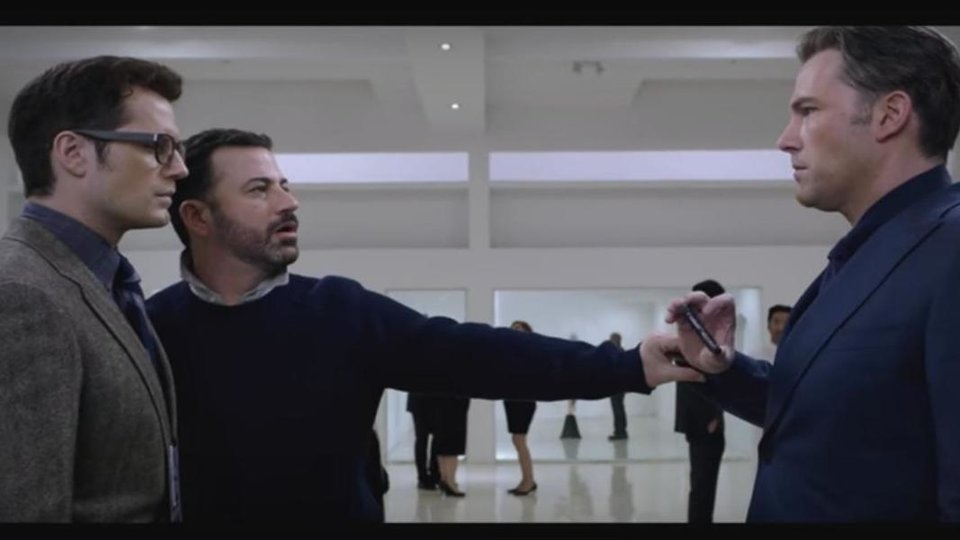 Jimmy Kimmel broke the internet with a fantastic reveal of a deleted scene from the hugely anticipated blockbuster Batman v Superman: Dawn of Justice, in cinemas 25th March!

Having Ben Affleck on the show post-Oscars, the popular US talk show host revealed that he actually starred in the film. However Batman himself Ben Affleck had to break it to Jimmy that his scene was eventually cut from the final edit.

Thankfully Affleck brought along the scene with him as he and Henry Cavill square up to one other as superhero alter-egos Bruce Wayne and Clark Kent.

The parody clip is a lot of fun and there’s even some special surprises and guest appearances in there too!