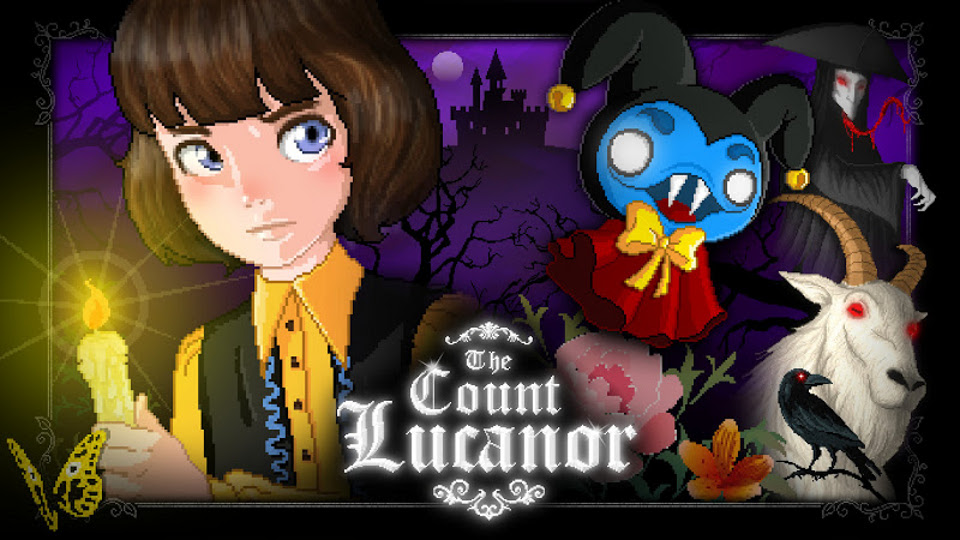 The Count Lucanor, by Baroque Decay Games, cites games like The Legend of Zelda, Yume Nikki, Silent Hill and Dark Souls as inspiration. The game is a mystery horror adventure set in a fairytale world and it uses gorgeous mix of 8 and 16-bit retro styles for its visuals.

The story tells the tale of a poor boy named Hans who lived with his mother near the woods. On his birthday, Hans had no presents nor sweets. He got so upset he decided to leave home for good. Before he left, his mother gave him his grandfather’s cane, some cheese and three pieces of gold. Hans walked into the forest in search of adventure. Soon it was night and the boy was really scared, so he tried to go back. But then, a quaint kobold happened to cross his path and Hans decided to follow him to a castle. The kobold told him he would inherit great wealth if he passed a simple trial… guessing his name. Trapped in the castle, Hans will live a spooky mystery, fantasy and horror adventure to become the new Count Lucanor.

The gameplay looks like an interesting mix that includes exploration, stealth, conversation, puzzles and skill. Players will need to make important choices, seek clues and interact with a variety of colourful characters. With alternative endings, secrets to discover and different ways to solve puzzles it looks like there will be plenty of replayability too.

Check out The Count Lucanor website for more information or check out its Steam page.

Watch the launch trailer for The Count Lucanor below: