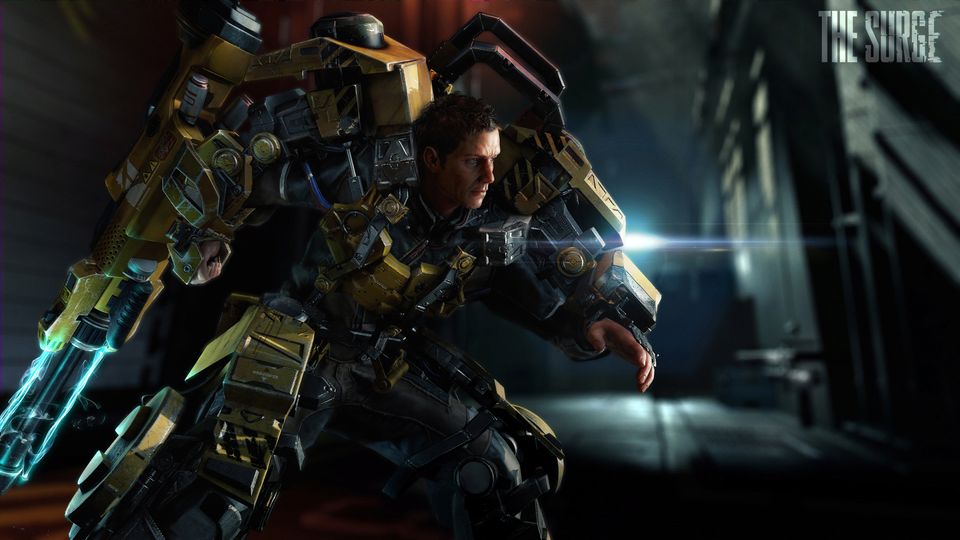 The Surge, an action-RPG from Deck 13, is set in a heavily dystopian future as Earth nears the end of its life. The people who remain in the overpopulated cities must work to survive as social programs become saturated by an ageing population and increasing environmental diseases.

As the intelligence of technology incrementally increased over the years, many jobs for the human race had been made redundant. This forced Earth’s citizens to head out into the suburbs seeking labor, aided by exoskeletons to improve their efficiency. The world of The Surge offers a very grim vision of the future, where the evolution of our technology, our society and our relation with the environment led to a decadent state of the Human civilization.

The developers say that The Surge aims to feature innovative combat mechanics. There will also be an original character progression system based on modular upgrades gained through tight, visceral combat.

The first images show The Surge’s hero, equipped with his exoskeleton which serves as a base to upgrade your equipment. When fighting enemies, you can target specific parts or limbs to recover specific pieces of armor, weapons, or equipment you want to attach to your own exoskeleton.

The best parts will often be the hardest to obtain as they will usually be attached to the most dangerous enemies. However even the most common enemies will prove deadly, and the game features imposing bosses to truly put your wits, guts and reflexes to the test.

EF will be bringing you plenty more on The Surge ahead of its 2017 release on Xbox One, PS4 and PC. Check out the official The Surge website for more information.

Check out some more artwork from The Surge in our gallery below: