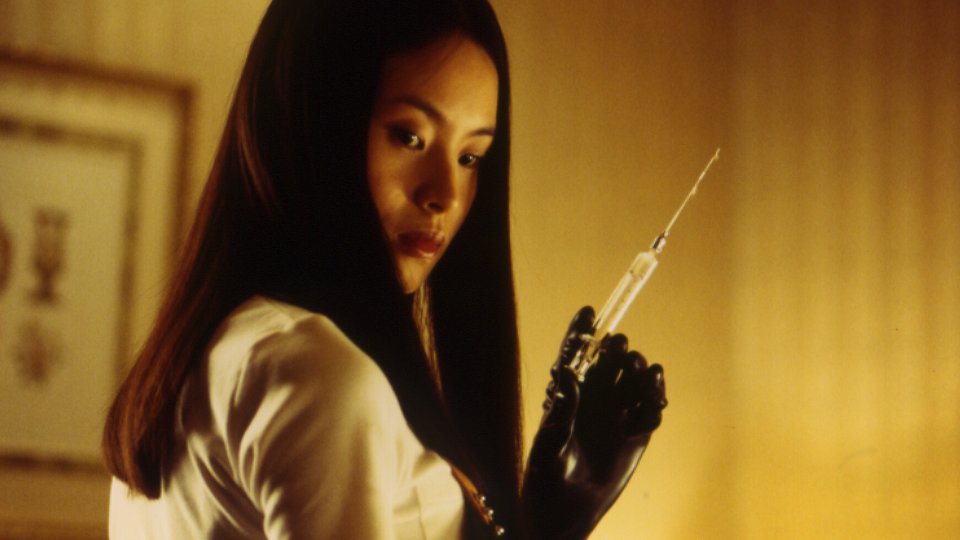 Takashi Miike’s notorious cult horror gets the full Blu-ray makeover treatment in this months re-release from Arrow Video. The final act is now even more stunning and shocking in its HD clarity. For those unfamiliar with the film, I will not spoil the surprise.

The film starts as a family drama. We meet Aoyama (Ryo Ishibashi) in hospital beside the bed of his dying wife. She passes, and Aoyoma is left alone to take care of his young son, Shigehiko (Tetsu Sawaki). This all seems familiar enough territory for Japanese cinema. No doubt thematically dealing with loss, bereavement, the passage of time, and the relationship between father and son.

But that is not the case. The film jumps forward seven years and finds Shigehiko encouraging his father to find a new wife. As Aoyama contemplates this, Miike explores not only the loneliness of his lead character, but of all Japanese society.

Aoyama, who works in television, tells his film producer friend Yoshikawa (Jun Kunimura) about wanting to find a new wife. Yoshikawa suggests a casting call. Under the pretence of casting the lead in a new project, they will really hold an audition for the role of Aoyoma’s new wife. “I’m a professional auditioner,” declares Yoshikawa, with slightly menacing implication.

This crass suggestion – that the lonely Aoyoma goes along with – results in another radical tonal departure for the film. The audition process plays like an almost comic montage, more akin to something you would see in a Hollywood romantic comedy. You could easily imagine Owen Wilson and Vince Vaughn taking the places of Aoyoma and Yoshikawa.

Among the auditioned is Asami (Eihi Shiina), who appears all in white, the perfect image of innocence. Aoyama’s mind is made up. This is the girl he wants. Again, we are lulled into thinking we know what is coming. They will start dating, they will fall in love, she will discover the ruse of the audition, she will leave him, they will both be bereft, he will change his ways, they will reconcile and live happily ever after.

Wrong again. Miike once more shifts the film into unexpected territory, ratcheting up the tension and threat level, whilst maintaining the slow-burn pace. Nothing is rushed in Audition. No frame is wasted, and every pay-off is earned. The scene where Miike cross-cuts between Aoyoma working up the courage to call Asami, with her sat in her apartment perfectly still waiting for the phone to ring is seat-grippingly tense. And when it does finally ring…phew…check your pulse.

Things gradually become more ominous as Aoyoma starts to discover that Asami might not be all she appears. I won’t reveal any more, as the less you know about the ending the better. The shock factor has certainly not lessened in the 17 years since it’s initial release.

This new release is packed with bonus features, including new commentaries, interviews with the cast, a brand new interview with Miike, who also provides an introduction to the film.

Audition is an outstanding film, and rightly considered to be Miike’s greatest work. It is beautiful and haunting, full of emotional insight into the themes of loneliness, abuse, and the treatment of women.

Advertisement. Scroll to continue reading.
In this article:Arrow Video, Audition