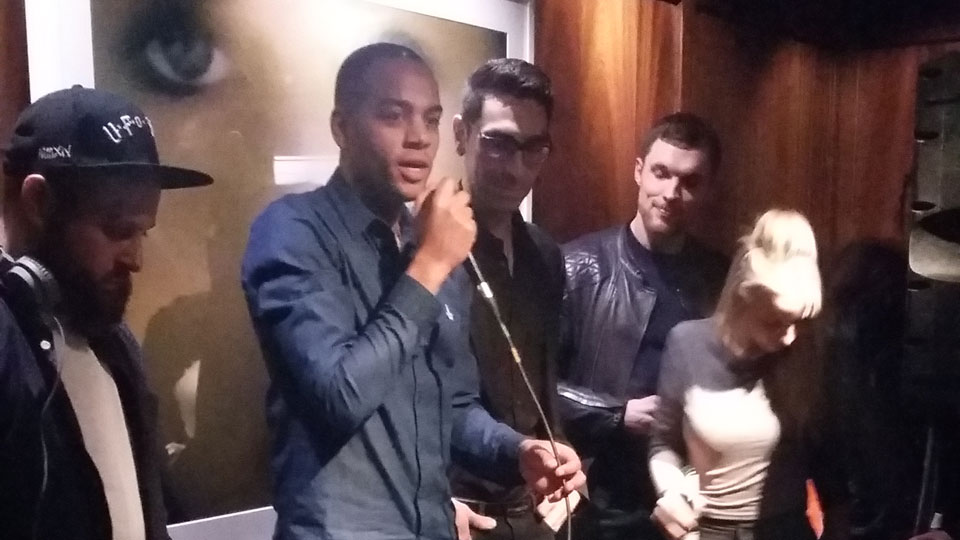 Meet the cheeky rebel hero of the forest in I Am Bear – the major new picture book by two first-time book creators, actor Ben Bailey Smith and storyboard artist Sav Akyüz which will was published globally by the Walker Books Group this month.

I Am Bear was catapulted into the limelight after a publishers’ bidding war, and now Ben and Sav’s debut rap-style, read-aloud picture book featuring a purple rapping Bear is here!

Ben says: “I Am Bear is the irreverence of childhood. It is bedlam but fun.”

The vibrant and graffiti-style Bear wears a suit of purple hair, and the guys rightly say, “Anything purple is rarely ordinary.” In I Am Bear, their cheeky trickster is anything but ordinary! Bear is loveable, naughty and does what real bears do – eat. He eats honey and eh, doughnuts and um, squirrels….”

Ben and Sav are true Londoners born and bred and the hip hop fans have been friends for years. Both with young families, they felt the time was right to launch I Am Bear; and it is their fun dark humour that spontaneously created their magical Bear in a flash! I Am Bear brings to life their highly original character Bear, whose favourite thing is playing tricks – just for kicks. Ben and Sav wanted the unexpected surprising and funny world of Bear to encourage conversation between the child and parent as they read the rhyming book together. Ben’s also taken it one step further by recording the rap for parents and children to learn and share.

Sav Akyüz is an acclaimed storyboard artist. He works with major brands including Guinness, BMW and Nike and storyboarded the beautifully animated Bear and The Hare John Lewis Christmas advert in 2013.

In this article:Ben Bailey Smith, I Am Bear, Sav Akyüz