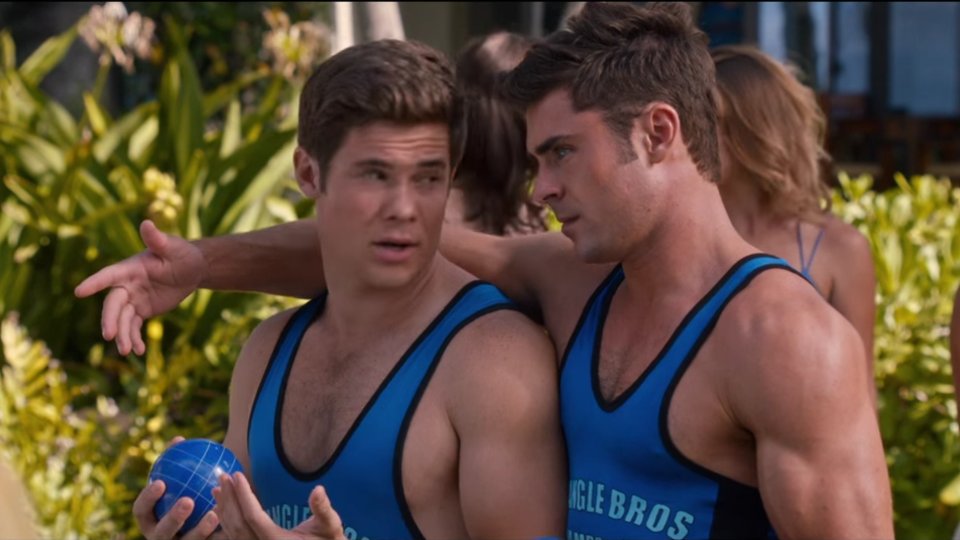 Following the reveal of the first trailer for comedy Mike & Dave Need Wedding Dates, the one-sheet poster has been unveiled.

Zac Efron and Adam DeVine appear shirtless on the poster with co-stars Anna Kendrick and Aubrey Plaza lying on the grass next to them. By the looks of it the two guys have passed out from too much partying and the ladies have taken the opportunity to draw on their torsos.

Hard-partying brothers Mike (Adam DeVine) and Dave (Zac Efron) place an online ad to find the perfect dates (Anna Kendrick, Aubrey Plaza) for their sister’s Hawaiian wedding. Hoping for a wild getaway, the boys instead find themselves outsmarted and out-partied by the uncontrollable duo.

The new comedy marks the latest in a slew of comedy films for Efron who can currently be seen in Dirty Grandpa with Robert De Niro and will be seen in the upcoming sequel Bad Neighbours 2 opposite Seth Rogen and Rose Byrne.

Mike & Dave Need Wedding Dates arrives in cinemas on 12th August 2016. Take a look at the cheeky poster below: