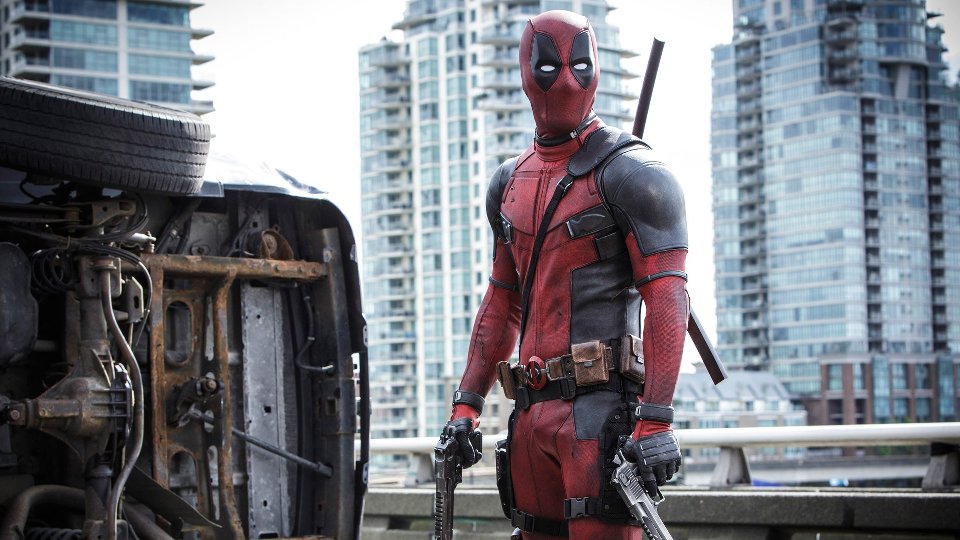 Deadpool is that rarest of beasts – an original superhero movie. Right from the opening credits you know that you are about to witness something very special. Packed full of 18-rated gags and enough violence to subdue the most fervent of blood lusts, Deadpool is exactly the type of movie that big studios need to take a chance on. The superhero genre isn’t all about PG-rated thrills and this goes to show that with some due diligence and clued-up talent, you will get guaranteed box-office gold.

Ryan Reynolds is front and centre of this project and makes Deadpool a true success. Breaking the fourth wall and talking directly to the audience gives Reynolds licence to really shine here. His natural charisma and charm mixes beautifully with the attributes of Wade Wilson to create a character that will become an instant cult hero.

The supporting cast are all solid too with Ed Skrein quite excellent as the main villain of the piece, Ajax. His rapport with Reynolds gives us some great back-and-forth banter. Wade’s friendship with Weasel is also comedy gold, thanks to T.J. Miller’s scene-stealing turn. Morena Baccarin is solid as Wade’s love interest Vanessa while Gina Carano looks suitably menacing as Angel Dust. It’s great to see X-Men favourite Colossus finally star in a movie and Brianna Hildebrand is great as the fantastically named Negasonic Teenage Warhead.

The in-jokes are plentiful and there’s a lot for fan-boys and girls to geek over. Hidden and not-so-hidden gags about everything from the plot of the film to pop culture references makes this the most engaging superhero film we’ve had for ages. You’ll get gags about The X-Men, jokes about Patrick Stewart & James McAvoy playing Professor X and ribs about how bad DC Comics’ Green Lantern movie was all in the same breath. That kind of freedom makes Deadpool a unique commodity, yet it manages to tread that minefield exceptionally well.

Much like Marvel achieved with Thor and Iron Man, expect Deadpool merchandise to engulf the globe now as the anti-hero finally gets his opportunity to leave a mark. It’s hard to think that Iron Man and Thor weren’t mainstream merchandising gold but a mere 8 years ago. Deadpool is a great example of Marvel’s dogged desire to make all of their roster household names. With projects like Daredevil, Black Panther and Jessica Jones showing diversity and ingenuity in the field, Marvel’s stock is at an all-time high. They’ll hopefully continue to amaze us in April with the release of Captain America: Civil War – a film that could become Marvel’s opus.

It might have taken an almighty nudge but Fox have finally done right by the fans and made a movie that cements their status as the second best superhero studio out there (after Marvel Studios themselves). With DC playing cinematic catch-up, expect Deadpool to get a sequel – this kind of project deserves a second outing. Offering something genuinely different, Deadpool is a massive triumph on practically every level. With a near-perfect marriage of humour and action, it’s a striking example that the super (anti)hero genre is far from dead. It’s a simple rule but if you do the source material justice, you’ll get a movie to be proud of. Deadpool is a perfect example of this.

Watch the trailer for Deadpool below: