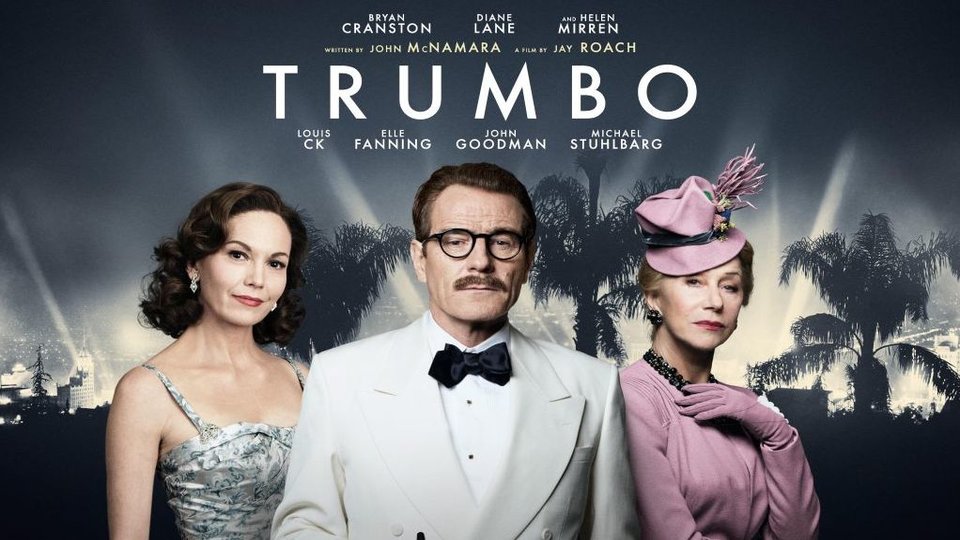 In 1947, Dalton Trumbo (Bryan Cranston) was Hollywood’s best screenwriter, but his political beliefs led to him, along with other like minded artists, being jailed and blacklisted for being a Communist. During this tumultuous time, Trumbo continues his work under pseudonyms and creates a legacy of work that not only defines his talent but also a golden era of Hollywood filmmaking.

Trumbo is a remarkable true-story that charts one of cinemas most fascinating untold tales. Bryan Cranston is majestic in the lead role and fully deserves the awards season love being showered on him. His performance is both delicate and immensely powerful, giving Dalton Trumbo’s story respect and due diligence.

The supporting talent is also supreme with the likes of John Goodman, Diane Lane, Michael Stuhlbarg and Helen Mirren all handing in solid performances. But without a doubt, the real highlight is Dean O’Gorman’s scene-stealing turn as screen legend Kirk Douglas – it’s utterly flawless and an absolute joy to watch.

Trumbo is a massive triumph that deserves a huge audience. The most remarkable aspect of this story is its true-life element – something that proves fact is far stranger than any conjured-up fiction. With an accomplished ensemble and assured direction from Jay Roach, this is a hugely important story for anyone interested in the politics of the time and how it affected people. It’s also a great snapshot of how Hollywood played its part during the Blacklist years.

Watch the trailer for Trumbo below: