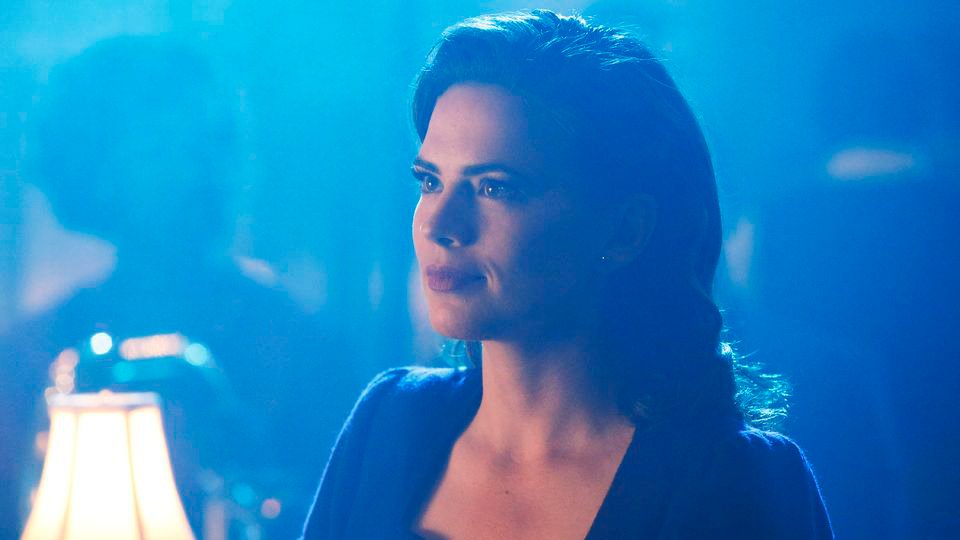 The season premiere of season two wasted no time in getting into the action. After looking like Agent Carter (Hayley Atwell) herself was about to pull of some kind of bank heist it turned out that it was Dottie Underwood (Bridget Regan). After looking like she was in control it became apparent that things were going little too easy. That’s because Carter, Thompson (Chad Michael Murray) and the SSR had set a trap for the soviet agent.

After a brilliant fight sequence Dottie was apprehended and taken in for questioning. During the interrogation, Carter was pulled off the case by Thompson who decided to send her to LA to help Daniel Sousa (Enver Gjokaj). Thompson has little luck taking over the interrogation before Dottie is taken off his hands by the FBI.

In LA, Carter reunites with Sousa and works to help solve the mystery behind the discovery of a woman’s body found frozen in a lake during a heatwave. During autopsy they find out that her body also glows in the dark. Carter learns from Dr Jason Wilkes (Reggie Austin) that the woman had been working on Isodyne Energy’s particle accelerator and was involved with their owner.

LA also reunited Carter with the wonderful Mr. Jarvis (James D’Arcy) and for the first time we meet Mrs. Jarvis (Lotte Verbeek). From Mr. Jarvis we learnt that Howard Stark (Dominic Cooper) has got himself involved with the movie business.

The second episode of season two is A View in the Dark. Peggy discovers her murder investigation has huge ramifications that can destroy her career, as well as everyone near and dear to her.