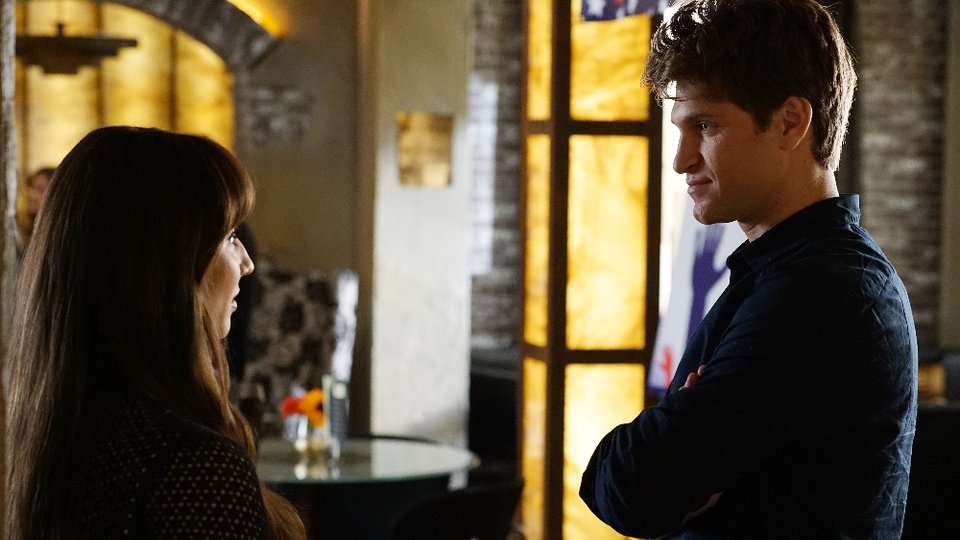 Now that we’ve picked our jaws up off the floor following THAT Spaleb moment, we’re ready to look forward to the next episode of Pretty Little Liars.

This week’s episode saw Hanna (Ashley Benson) panicking after Lorenzo (Travis Winfrey) discovered that the footage from The Radley during the night of the murder had been deleted and she appealed to Lucas (Brendan Robinson) to provide her with a false alibi. Meanwhile Aria (Lucy Hale) desperately tried to get Ezra (Ian Harding) to finish his book and tell her where he went the night Charlotte (Vanessa Ray) was murdered.

Elsewhere Spencer (Troian Bellisario) asked Hanna’s permission before making a move on Caleb (Tyler Blackburn) and Emily (Shay Mitchell) was caught out by Pam (Nia Peeples) and Hanna as her lies became too difficult to keep up with.

The next episode of the season is New Guys, New Lies. Spencer works together with Caleb to track down the new threat. Meanwhile, there is an awkwardness all around when new love interests emerge and old old ones resurface.

Pretty Little Liars continues Tuesday at 8/7c on Freeform in the US and Wednesday on Netflix in the UK. Preview the episode with our gallery below: