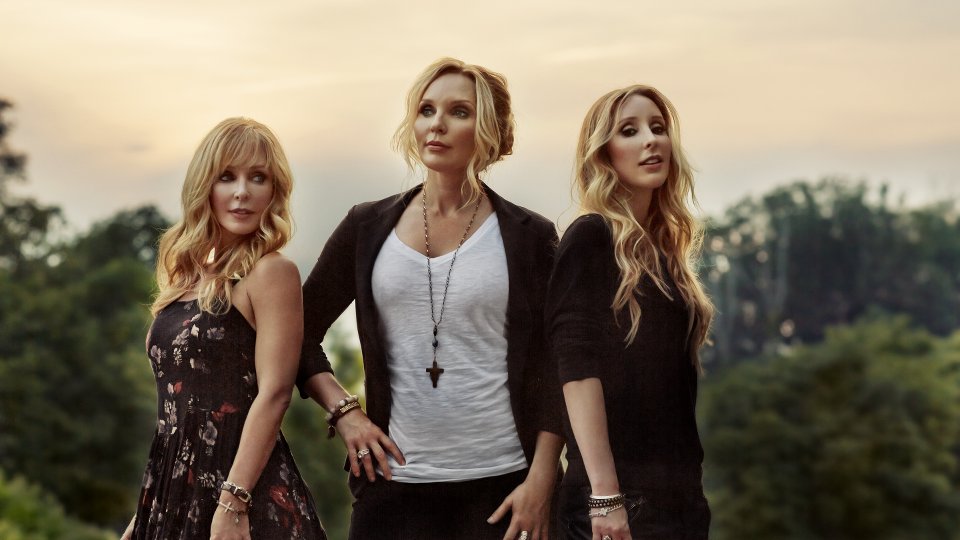 Country music reality show Discovering Lucy Angel is coming to Showbiz TV, Sky 266, in February it has been announced.

Launching on 14th February 2016 the 13-episode series follows the mother-daughter trio Lucy Angel and their family, the Andertons, as they work together to launch their music career in Nashville. The docu-series captures the ups and downs of the family members’ lives as they make a name for
themselves in country music. It follows the endearing group while on the road, and looks in
on family life at their home in Franklin, Tennessee.

Lucy Angel – sisters Lindsay and Emily and their mother Kate – star in the show along with father and band manager Doug aka G-Man, sons Fletcher and Jake; hit songwriter Anthony Smith; Anthony and Lindsay’s daughter, McCartney; and the family’s two beloved dogs, Faith and Hope.

The first episode of the series sees the Anderton family rehearse and prepare for the biggest performance of their career to date a live concert at the Pocono Raceway.

“We are thrilled to have acquired the rights to this ground-breaking Country-themed series,” said Kevin Petillo, ShowBiz TV’s Head of Acquisitions. “We look forward to a long and fruitful partnership with the producers of Discovering Lucy Angel, as we develop and expand our Country programming.”

Discovering Lucy Angel is produced by Taylored TV and Eggplant TV. The series is executive-produced and directed by Emmy® Award-winning television producer JT Taylor, who is known for producing the original hit reality television series The Osbournes from 2002. Eggplant TV’s Terry Tompkins’ is also an executive producer for the show.

Advertisement. Scroll to continue reading.
In this article:Lucy Angel