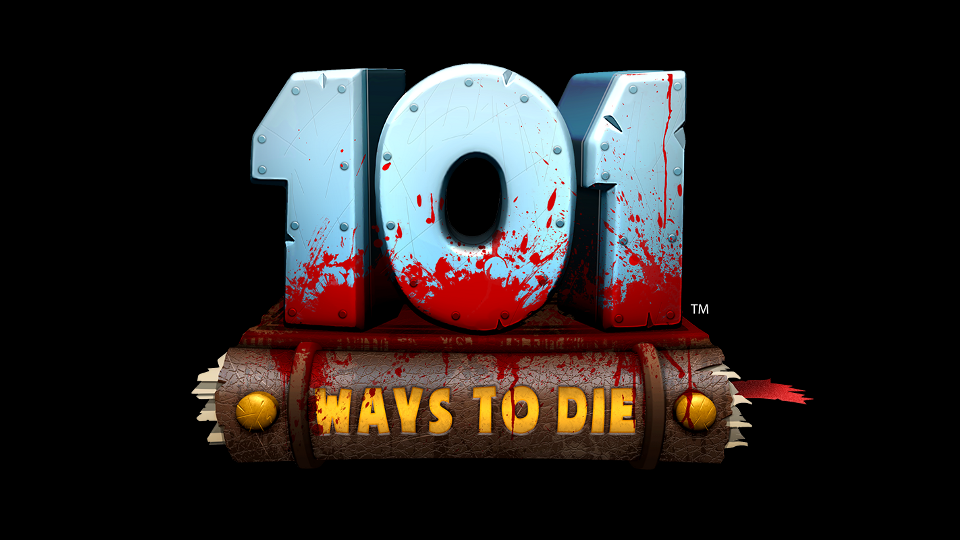 Back in the early 90’s one of my favourite games was Lemmings on the Commodore Amiga. The game had the player guide a group of suicidal lemmings to safety across a variety of hazardous levels. It was frustratingly difficult but wonderfully addictive. 101 Ways To Die, by Four Door Lemon, is a bit like a backwards Lemmings and that was enough to get me intrigued.

There’s a bizarre little background story to set the scene of the game. Professor Ernst Splattunfuder has just completed a compendium of 101 Ways To Die. He’s done this by experimenting on groups of creatures that he has created called Splatts. One day things go wrong and his research is destroyed. The player is hired by Splattunfunder to come in and repeat his experiments to rediscover the 101 Ways To Die.

Each level is a test chamber that start out simple but increase in complexity as you progress. Levels are essentially physics playgrounds that contain one or more entry points for the Splatts and an exit. A level will give you a set number of Splatts and also a limit for how many can escape. Ultimately you want none of them to escape and you stop them by killing them as creatively as possible.

Before the Splatts enter the level the player can enter a special plotting mode. Here you are given a variety of traps to place such as bombs, mines, bumpers, cannons and slime. Certain traps can be given a direction in which to trigger and others can be manually triggered by the player. It’s important to learn how each trap works and how long any delays are that prevent them from activating.

When a Splatt spawns it will attempt to make its way to the exit. They move slowly but are not quite as dumb as they look and can avoid certain obstacles such as spikes. Most of the time they will walk blindly to their deaths and when they don’t you’re there to give them a helping hand. There’s also a handy speed-up key.

A level will give you a set of Graduate objectives that are needed in order to pass a level. To full pass a level and claim all the available stars you also need to fulfil the Master objectives. So for example killing a set number of Splatts might be sufficient to pass but to fully beat a level you might need to kill them in a set way.

Killing the Splatts is simple enough but doing it the way the Master objectives requires can take a little head scratching.  Sometimes you might need to combine traps in order to create a combo kill. For example you might have to use a bumper or two to bounce a Splatt into a mine or set of spikes, have them slip on slime into a lava pit or even stun them so they can be crushed to death by falling objects. Getting these special kills for the first time also awards you with one of the 101 Ways To Die pages.

Watching the little Splatts walk to their deaths is actually rather funny at times. When one escapes I couldn’t help but have another go to make sure they all died the next time. Some players might not be keen on the idea of killing the Splatts for fun though.

The game starts easy but gradually ramps up in difficulty. It’s a little rough at times and I did experience a few crashes during my time with the preview build. However the addictive gameplay keeps you coming back for more. Fans of puzzle games should keep an eye on 101 Ways To Die.

101 Ways To Die is due to release for PC/Steam on March 22nd, PS4 on March 23rd and Xbox One on March 24th. You can watch the latest trailer for the game below: