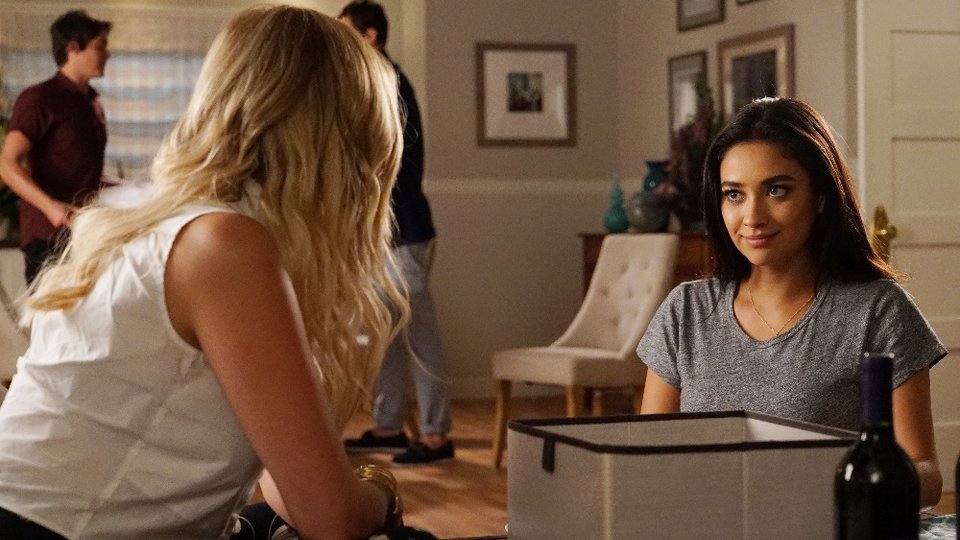 Pretty Little Liars continues this week with another brand new episode from the second half of season six.

Ahead of the episode airing a sneak peek clip has been released featuring Emily (Shay Mitchell). In the clip Pam (Nia Peeples) tries to talk to Emily about visiting her father’s grave but Emily seems to have other priorities.

In last week’s episode the liars all returned to Rosewood to help Alison (Sasha Pieters) get Charlotte (Vanessa Ray) released from hospital. Despite Aria (Lucy Hale) refusing to lie for her friend, Charlotte was released but it didn’t take long for tragedy to strike when Charlotte’s body was found on the floor outside the church. Who killed her?

The liars have been thrown into the midst of another murder mystery and it looks as though they won’t be leaving Rosewood any time soon.

Pretty Little Liars continues Tuesday at 8/7c on Freeform in the US and Wednesday on Netflix in the UK. Watch the sneak peek clip from Charlotte’s Web below: