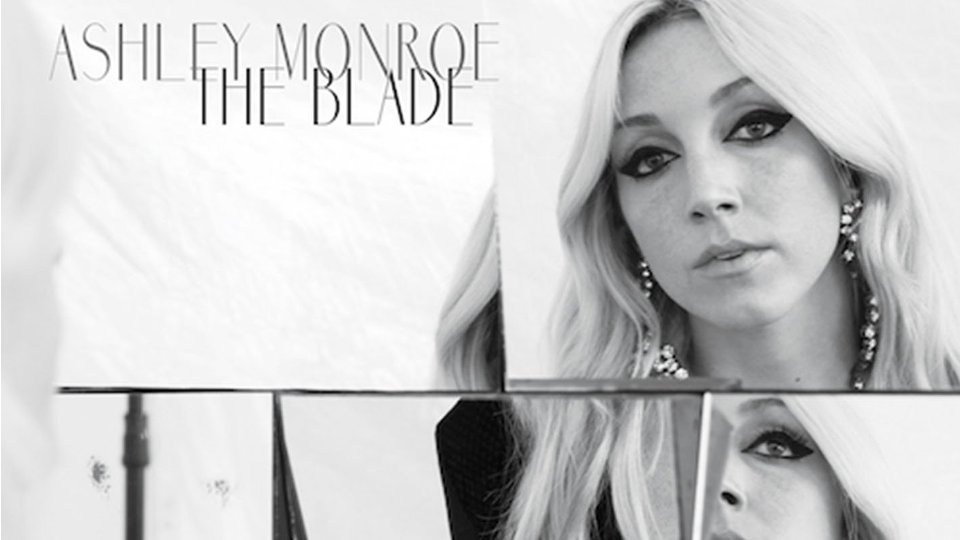 After a false start in 2006 with her debut album Satisfied, Ashley Monroe moved labels and started to climb the fickle ladder of fame with the release of her second album Like a Rose in 2013. Proving to be a moderate hit in the US, the album came between the release of two albums with the Pistol Annies – the country trio that also featured Miranda Lambert and Angaleena Presley. Two years on from that album, Monroe is back with her third studio album The Blade, which arrived in the UK late 2015.

The Blade was produced by country legend Vince Gill and Justin Niebank with Monroe co-writing all of the tracks but one on the record. Effortlessly mixing traditional country sensibilities with modern chart-friendly melodies, The Blade is the most cohesive and confident record Monroe has released to date. The album opens with On to Something Good, the album’s lead single, which is a breezy uptempo number that was an obvious and clever choice for a lead single.

Judging from On to Something Good you’d be forgiven for expecting an album that straddles the poppier side of country with optimism at the heart. Well that’s not what Monroe delivers on this richly layered and at times heartbreaking collection of songs. The album takes a darker turn with the second track, I Buried Your Love Alive. The track has a more menacing beat that marries with Monroe’s playful vocal as she sings of trying to suppress feelings that are still very much alive by drinking.

Elsewhere on the album the beautiful Bombshell finds Monroe trying to find the strength to end a relationship, the punchy Winning Streak disguises a tale of bad luck with a jovial beat, and If the Devil Don’t Want Me tells the tale of hitting rock bottom and running out of options. One of the album’s highlights is the title track The Blade, where Monroe sings of getting the rough end of a break up.

The stunningly beautiful Has Anybody Ever Told You? is the album’s highlight and features Monroe’s most passionate and emotive vocal. At times she evokes early Dolly Parton as her voice gently riffs through the emotion of the melody. The song is about someone who changes your world and life for the better and the sentiment is beautiful.

The Blade is the album that will make everyone sit up and take notice of Monroe. It’s a confident and accomplished body of work that drips with emotion. The album isn’t always the easiest of listens but it’s worth the perseverance. Monroe is a gifted storyteller and I look forward to seeing her perform selections from The Blade when she plays C2C: Country to Country later this year.