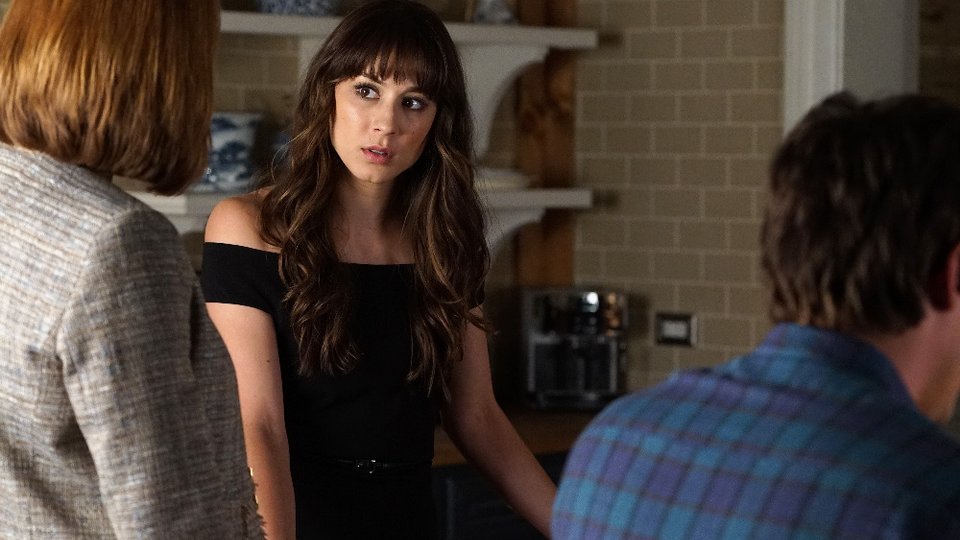 Pretty Little Liars returned to our screens in the UK today, and in the US last night, as the second half of its sixth season kicked off.

The action may have jumped 5 years into the future but little has changed for the liars. Aria (Lucy Hale), Hanna (Ashley Benson), Emily (Shay Mitchell) and Spencer (Troian Bellisario) had successfully moved their lives on after CeCe aka Charlotte DiLaurentis (Vanessa Ray) was unveiled as A. The four girls were called back to Rosewood by Alison (Sasha Pieterse) who wanted their help in getting Charlotte set free from hospital.

Despite their reservations all of the girls argued in Charlotte’s favour at her hearing with the exception of Aria who couldn’t bring herself to lie. Charlotte was released from hospital but within hours of her release she was found dead outside the town’s church.

With the suspicion firmly on the liars, who could have possibly killed Charlotte? Another mystery begins…

The next episode of the season is Charlotte’s Web. The Liars start to look at one of their own as questions arise regarding the new mystery.

Pretty Little Liars continues Tuesday at 8/7c on Freeform in the US and Wednesday on Netflix in the UK. Preview the episode with our gallery below: