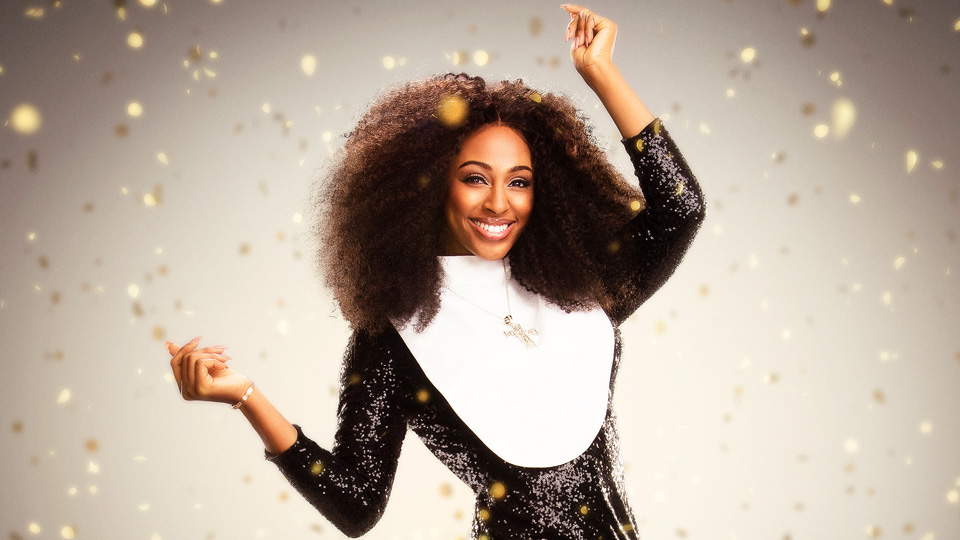 Alexandra Burke will star as Deloris Van Cartie in the all-new production of the hit musical comedy Sister Act, directed and choreographed by Strictly Come Dancing judge Craig Revel Horwood. The national tour stops off at Leeds Grand Theatre in the Summer of 2016.

Based on the smash hit movie starring Whoopi Goldberg and Maggie Smith, Sister Act tells the hilarious story of Deloris Van Cartier, a disco diva whose life takes a surprising turn when she witnesses a murder. Under protective custody she is hidden in the one place she won’t be found – a Convent. Disguised as a nun and under the suspicious watch of Mother Superior, Deloris helps her fellow sisters find their voices as she unexpectedly rediscovers her own.

Craig Revel Horwood said of the news: “I am truly thrilled that Alexandra is going to be our leading lady in this all new production of Sister Act. Alexandra is such a fantastic singer and actress and I know she is going to be amazing. I couldn’t think of anyone better to play the role of the smart and funny Deloris.”

Alexandra added: “I’m over the moon to be given the opportunity to play the wonderful Deloris in Sister Act. It’s such an iconic role and a part I’ve always wanted to play. I love touring the UK and I’m thrilled to be working with Craig and his amazing creative team. I can’t wait to get started!”