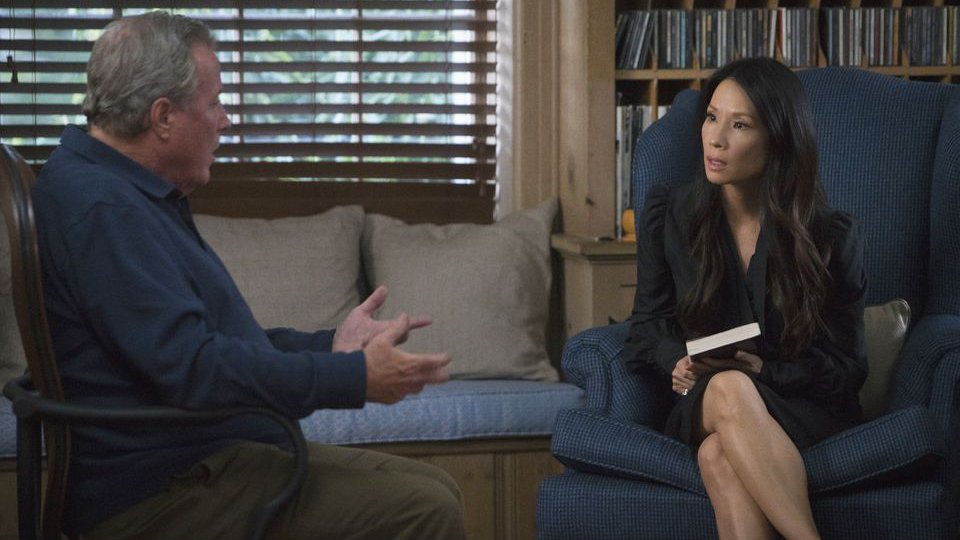 One of the people killed was called Frank and they determine he was the target. Morland’s Interpol contact found out how the shooter was paid and linked it with a company. They uncovered that the CEO of the company had Frank killed because the woman he was having an affair had left him for Frank.

Later Morland met with his Interpol contact who tried to blackmail him for €5 million to keep his mouth shut about Morland’s activities. Morland threatened him by revealing that he had killed the mans predecessor for trying the same thing.

The seventh episode of season four is Miss Taken. When Watson’s stepfather (John Heard) writes a crime novel based on her work with Holmes without her knowledge, an underlying issue in their relationship is revealed. Also, as Holmes and Watson investigate a retired FBI agent’s murder, they discover the man’s death is connected to an unsolved case from the victim’s career.

Elementary continues on Sky Living HD later this year. Preview episode 7 with our gallery below: