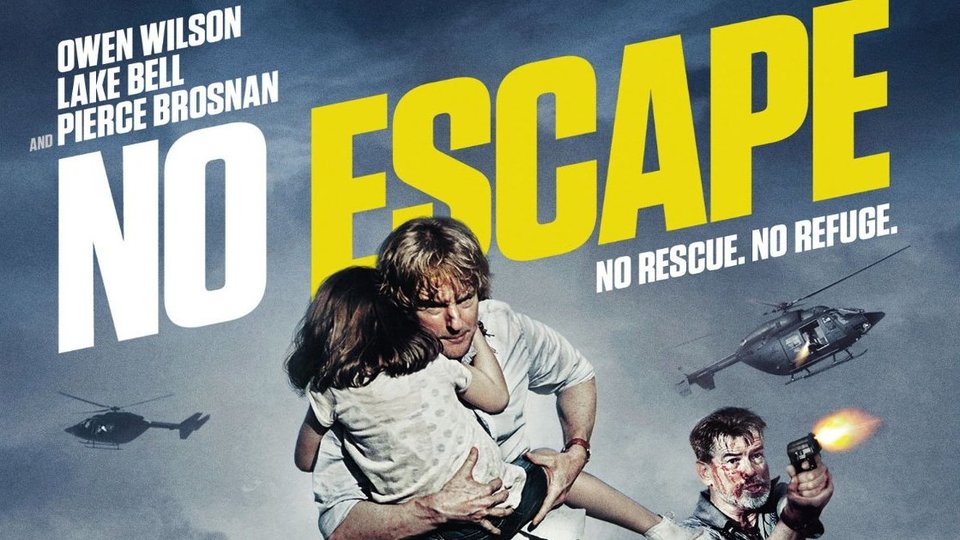 Owen Wilson and Pierce Brosnan star in No Escape, the intense, action-packed thriller where an American business man and his family suddenly find themselves in the middle of a violent political uprising, frantically looking for a safe escape.

From the acclaimed producers of Whiplash and Nightcrawler, No Escape is out on Digital HD now and on Blu-ray™ and DVD on 11th January 2016, courtesy of Entertainment One.

Jack (Wilson) is a man desperate to protect his family in this intense, fast-paced, action-thriller. As he relocates his family to Asia, with wife Annie (Bell) and their two young girls, Jack has no idea of the terror that lies in store. Within days of their arrival a violent uprising has swept through the city and the family are on the run desperately searching for safety. With seasoned expat Hammond (Brosnan) as their only ally, time is against Jack and his family as they are caught in the middle of a nation at war, with their courage put to the ultimate test.

A must own for action fans, don’t miss the tense, non-stop thriller No Escape is out on Digital HD now and on Blu-ray™ & DVD from 11th January 2016, courtesy of Entertainment One.

To be in with a chance of winning No Escape on Blu-ray, just answer the question below correctly.

No Escape is out on Digital HD on 28th December and available on Blu-ray™ and DVD on 11th January, courtesy of Entertainment One