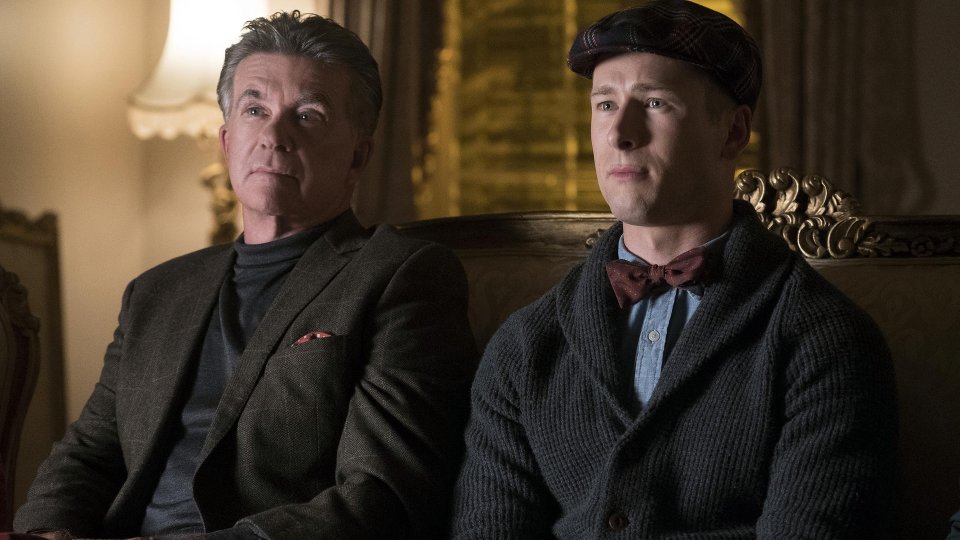 Hester’s (Lea Michele) life was left hanging in the balance after Chanel (Emma Roberts) pushed her down the stairs on the latest episode of Scream Queens.

Things came to a head between the two sisters when Hester faked a pregnancy to try and get her paws on Chad (Glen Powell). Chanel’s minions uncovered the truth after Chad decided to invite Hester rather than Chanel to his parents for Thanksgiving.

Elsewhere in the episode Boone (Nick Jonas) returns to campus disguised as Joaquin Phoenix, Zayday (Keke Palmer) choose to stay with Earl Grey (Lucien Laviscount) after rebuffing Boone’s advances leading him to kill his rival, and Grace (Skyler Samuels) discovered that two children were born during the incident at the KKT house in 1995.

The next episode of the season is Thanksgiving. Chad takes Chanel to his family’s home for Thanksgiving, where she meets his parents and his brothers, Brad and Thad. The dinner at Kappa House explodes with accusations; another person dies.