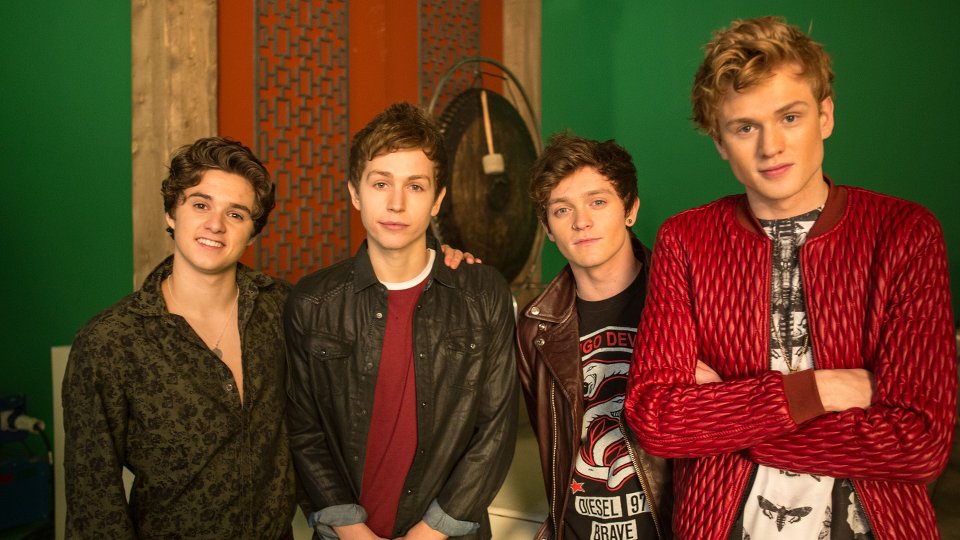 The Vamps have recorded a brand new version of Kung Fu Fighting for Kung Fu Panda 3 it has been announced.

Their interpretation of the classic tune will be heard over the end credits of the movie. The band has shot a video to accompany the song, which will be released in January 2016.

The Vamps said, ‘As huge fans of Kung Fu Panda, we couldn’t be more excited to be part of Kung Fu Panda 3! It’s amazing that our own version of Kung Fu Fighting will be heard everywhere around the world and it was an honour to be asked to put our spin on such an iconic song. Shooting the video was so much fun and we can’t wait for everyone to see it!’

Kung Fu Panda 3 will be released across cinemas in the UK and Ireland on 11 March 2016. When Po’s long-lost panda father suddenly reappears, the reunited duo travels to a secret panda paradise to meet scores of hilarious new panda characters. But when the supernatural villain Kai begins to sweep across China defeating all the kung fu masters, Po must do the impossible – learn to train a village full of his fun-loving, clumsy brethren to become the ultimate band of Kung Fu Pandas!

Kung Fu Panda 3 is directed by Jennifer Yuh Nelson and Alessandro Carloni. Watch the latest trailer for the movie: