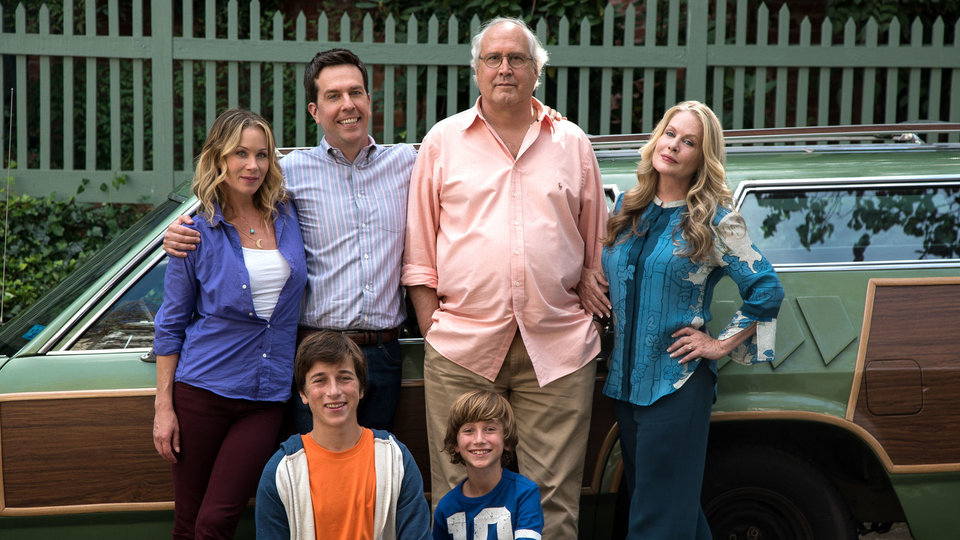 Rusty Griswold (Ed Helms) wants to spend some quality time with his wife (Christina Applegate) and their kids (Skyler Gisondo and Steele Stebbins) so he tries to recreate his old family holiday – a road trip to theme park paradise Walley World. But his good intentions soon result in a crazy road-trip that none of the family will ever forget.

This next chapter of the Griswold family adventures is thankfully not a reboot. A sequel featuring a new generation, Vacation fully embraces its roots and delivers a story that feels like a genuine continuation that’s also unashamedly funny. It’s cleverly handled by everyone involved and provides one of the best feel-good comedies of the year.

Ed Helms really is the perfect choice to play Rusty Griswold. His flair for this material mixed with his innocence makes for some great exchanges, be it deciphering his new foreign car or having the dreaded sex talk with his eldest son. Helms also bounces off screen wife Christina Applegate, an unsung hero of the genre, whose reactionary comedy is often overlooked in movies but is always on the mark. Skyler Gisondo and Steele Stebbins are both excellent as feuding brothers James and Kevin.

Solid, memorable support comes in the form of Chris Hemsworth, Leslie Mann, Charlie Day and Norman Reedus, who between them deliver the films most stand-out funny moments. Model Hannah Davis and Catherine Missal dutifully oblige as this generations ‘dream girls’ for Rusty and his son James (respectively), channelling the classic scenes from the original Vacation movies. It’s also great to see Chevy Chase and Beverly D’Angelo back as Clark and Ellen Griswold. Chase is only in a handful of scenes but he’s so adept in them, seamlessly bringing back Clark’s unmistakable charm to the big screen.

Belly laughs aplenty, gags galore and a very astute eye for situation comedy, this Vacation will leave you in stitches and certainly deserves a well-earned sequel. It’s one of the funniest films of the year and finally gives us a comedy franchise we can get behind.