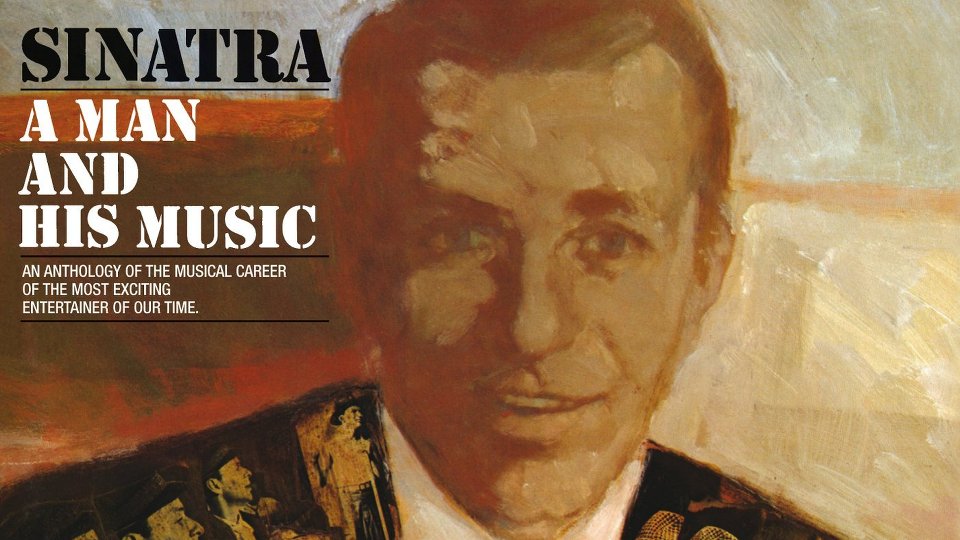 2015 marks the centenary year of Frank Sinatra and there are lots of releases coming through thick and fast to celebrate the occasion. Alongside the plethora of compilation CDs being released, fans of Ol’ Blue Eyes have a real reason to be excited with the release of three commemorative vinyl LPs celebrating three of the star’s 1965 albums. Released through FSE/Universal Music, the three LPs are Sinatra ’65, September of My Years and Sinatra: A Man and His Music.

All three releases have been released worldwide on 180-gram vinyl to celebrate their 50th anniversaries. The releases are beautifully packaged in gatefold sleeves with the original artwork replicated.

Keep reading for a summary of each of the commemorative releases…

June 1965 was the original release of Sinatra ’65, which was a collection of the singer’s most memorable songs such as My Kind of Town, Luck Be a Lady, Somewhere in Your Heart and Stay With Me. Those eagle-eyed fans amongst you will know that this album features the unedited version of My Kind of Town, which features an additional verse. Aside from the more well-known songs on the record highlights include the beautiful Tell Her (You Love Her Each Day), which opens the album, the charismatic You Brought a New Kind of Love to Me, and the dreamy I’ve Never Been In Love Before.

September of My Years

Released three months before Sinatra’s 50th birthday in September 1965, September of My Years was a landmark album for Sinatra. It picked up a Grammy Award for Album of the Year and featured the wonderful It Was a Very Good Year. The album marked the fifth collaboration between Sinatra and arranger/composer Gordon Jenkins. The album was produced by Sonny Burke and it marked a resurgence in popularity for the singer.

September of My Years features some of the best vocals Sinatra ever recorded. Opening track The September of My Years is a swoonsome tour-de-force, Don’t Wait Too Long is one of the most beautiful tracks on the record, and the sumptuous Hello, Young Lovers is a definite highlight. The best tracks on the record come on the well-known It Was a Very Good Year and the heartfelt This is All I Ask.

Sinatra: A Man and His Music

Of the three releases this is the most impressive. The 2LP set, originally released to celebrate Sinatra’s 50th birthday in November 1965 coincided with an NBC television special with the star. Essentially it’s a compendium of Sinatra’s career at that time and it features songs and audio narration. The album earned Sinatra a second Grammy Award for Album of the Year.

Sinatra: A Man and His Music is full of some of the best-known songs that Sinatra ever recorded. If you want your classics then look no further as this record contains All Or Nothing, Night and Day, From Here to Eternity, Come Fly With Me, Luck Be a Lady, Fly Me to the Moon, Young at Heart, Love and Marriage, I’ve Got You Under My Skin and Call Me Irresponsible. Basically it’s the template that Michael Buble used to launch his career off and who can blame him with such incredible material to record?

The highlights on the album, outside of the obvious, are the 1965 version of Witchcraft, the charming (How Little It Matters) How Little We Know, and the swing feel of The One I Love (Belongs to Somebody Else). If you were only to invest in one of the three releases then this is the one I recommend you pick up!

These three releases are really special and such a wonderful way to celebrate and remember one of the greatest singers that ever lived. Sinatra’s legacy lives on every day and his memory is celebrated with the various big band and swing covers that are recorded by artists such as Michael Buble and more recently Peter Andre. These beautifully packaged LPs will make the perfect gift this Christmas for any Sinatra fan and you’ll get hours of joy out of revisiting some of Sinatra’s finest work.

Advertisement. Scroll to continue reading.
In this article:Frank Sinatra