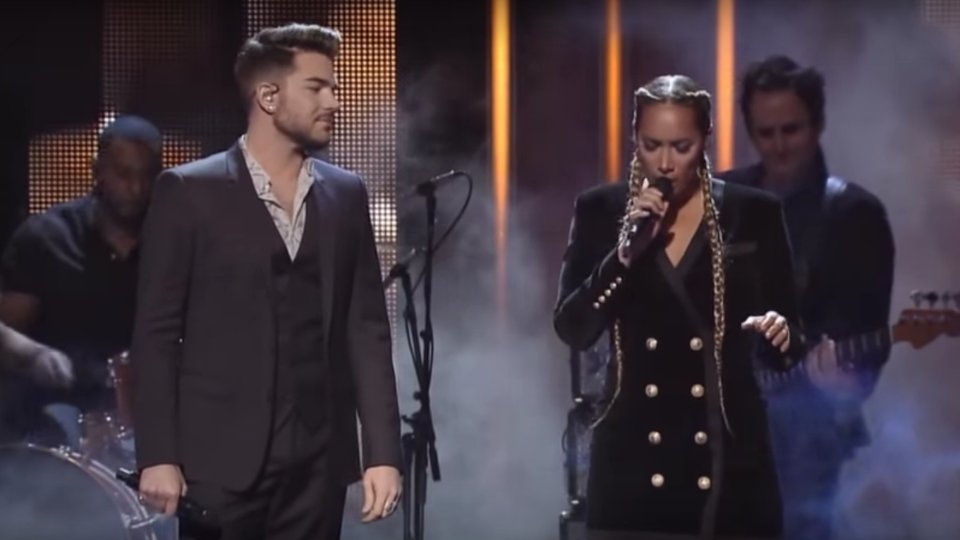 The performance was one of the highlights of the evening and Lambert and Lewis were watched by the cream of the country music crop including members from Little Big Town. The country track is a departure for both singers and they put a fresh spin on the song with their soulful voices working well together.

Girl Crush proved to be controversial in the US when it was released earlier in the year after some close-minded listeners misinterpreted the song’s lyrics and claimed it was promoting homosexuality. The lyrics actually talk about a woman being envious of her man’s lover and wishing he would look at her, the way he looks at his mistress.

You can watch the full performance at the top of this article.