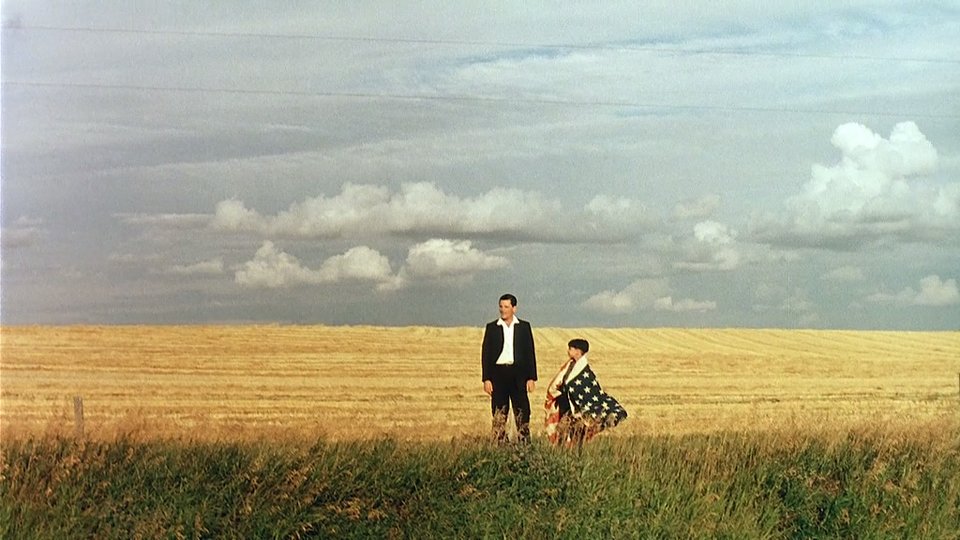 Seth (Jeremy Cooper) is about to turn 9-years-old and he lives in a small prairie town with his aggressive mother and emotionally stunted father. As he tries to escape from the mundane life he leads, he meets reclusive neighbour Dolphin (Lindsay Duncan) who he comes to believe may be a vampire. Seth tries to prove his wild theory and is worried when his brother Cameron (Viggo Mortensen) returns home and falls in love with her. As the bodies of his friends start to pile up, Seth is convinced that Dolphin is to blame.

The Reflecting Skin is a strange little movie that dates back to 1990. On its initial release the film picked up a variety of awards and has firmly established itself as a cult classic. The film often draws comparisons to the work of David Lynch as the narrative is non-linear and the story leaves more questions than it provides answers. You’ll know within the first 20 minutes or so whether the film is for you or not, but if you stick with it you may find that it surprises you.

On the surface the film seems to be the fantastical adventure of a young boy with a lack of stimulation but once the story progresses it turns into something much deeper than that. Aside from the question of whether or not Dolphin is a vampire, the film explores hard-hitting subjects such as repressed sexuality, paedophilia and murder. None of these make for particularly easy viewing but they make sure that the film leaves an impression on you.

There’s no denying that Seth is a strange young boy so it’s interesting how you react to him through the film. My opinion from the start of the movie was different by the end and you can understand why Seth has become the way he has based on the family he has surrounding him. His father is a closeted gay man who was caught kissing a 17 year old years earlier and is now forced into pretty much silence by his over-bearing wife. That incident turned the family into outsiders making Seth’s father the prime suspect as far as the police are concerned in the murders.

Jeremy Cooper gives an assured performance despite his young years as Seth. He is the character that is most intriguing and his interactions, particularly with Mortensen and Duncan, give some of the best moments in the movie. Mortensen gives his most understated performance as troubled veteran Cameron whilst Duncan is enjoyably kooky as the oddly named Dolphin.

The limited edition Blu-ray release features a newly-restored high definition transfer approved by director Philip Ridley. It is also packed with bonus features including new interviews with Ridley and Mortensen, stills and poster art galleries, two new retrospective documentaries, and two of Ridley’s short films. The release is packaged in a beautiful steelbook making it a must-have collector’s item for cult film fans.

The Reflecting Skin will definitely not be a film for everybody. The pace is slow and the story is a little all over the place. There are lots of ideas battling for screentime and some viewers may be frustrated at the lack of actual answers by the time the credits roll. If you prefer your films to leave you thinking with a definite hint of oddness than The Reflecting Skin is just the ticket.