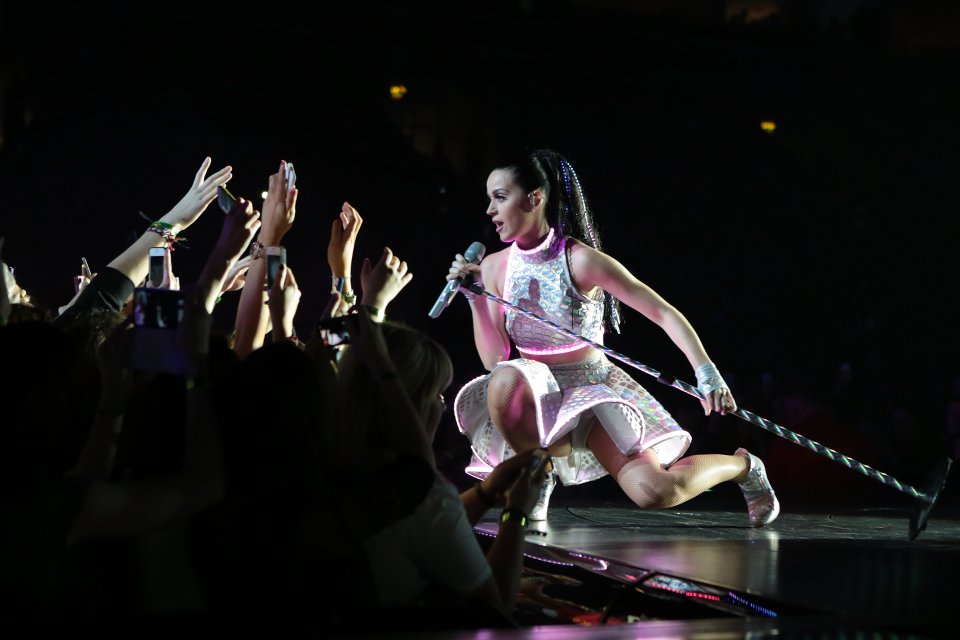 Katy Perry released her third studio album Prism in 2013. The set spawned the huge hit Roar and follow-up singles Unconditional, Dark Horse, Birthday and This is How We Do. In 2014 Perry took the album on the road for The Prismatic World Tour, which saw the popstar perform 151 shows across the world. The tour was Perry’s biggest to date and saw her headlining arenas to sold-out crowds. In time for Christmas the show has been released on Blu-ray and DVD.

Perry opens the show with Roar immediately captivating the crowd and setting the tone for the near 2-hour performance. The setlist features plenty of recognisable hits and selections from Prism, and the show is split into distinct themed parts with Perry adapting a different theme for each. Over the course of the performance you’re taken through Prismatic, Egyptian, Catoure, Acoustic, Throwback and Hyperneon. As you would expect from Perry the choreography is tight, the costumes OTT and the effects impressive.

The pacing of the show is fast and furious as Perry moves through hits including Dark Horse, Part of Me, Wide Awake, I Kissed a Girl and Teenage Dream. For Birthday Perry pulls a girl out of the audience and sits her on a birthday throne. For the last part of the song Perry flies off above the audience attached to balloons and it’s a spectacular sight to behold.

Highlights during the set include a storming rendition of Prism album track Walking on Air, a mashup of International Smile and Madonna’s Vogue, and perky pop hit California Gurls.

One of my favourite parts of the show is the acoustic section. Away from the spectacle and costumes, Perry really stands on her own when she’s armed with an acoustic guitar. She takes the opportunity to enjoy some crowd interaction during this section but it’s her performances of The One That Got Away and Thinking of You that really showcases her talent as an artist. I wish she would do more acoustic songs in the future as it shows a side of her people often don’t get to see.

The show comes to a close with Firework, the song that has become Perry’s signature hit. It’s a fitting and epic end to a larger-than-life show, and you can tell that every single person in the audience left the show happy that night. Perry delivered the goods and reinforced why she’s one of the best popstars in the world right now.

Special features on the release include behind-the-scenes footage featuring interviews with the crew and Katy herself, a time lapse of the stage build and crew tidbits.

The Prismatic World Tour is easily Perry’s most spectacular to date. Every tour that she does is bigger than the last and this tour was definitely a feast for the eyes and ears. There’s a reason why Perry is one of the biggest stars in the world right now and you only need to watch The Prismatic World Tour Live to remind yourself of why that is.