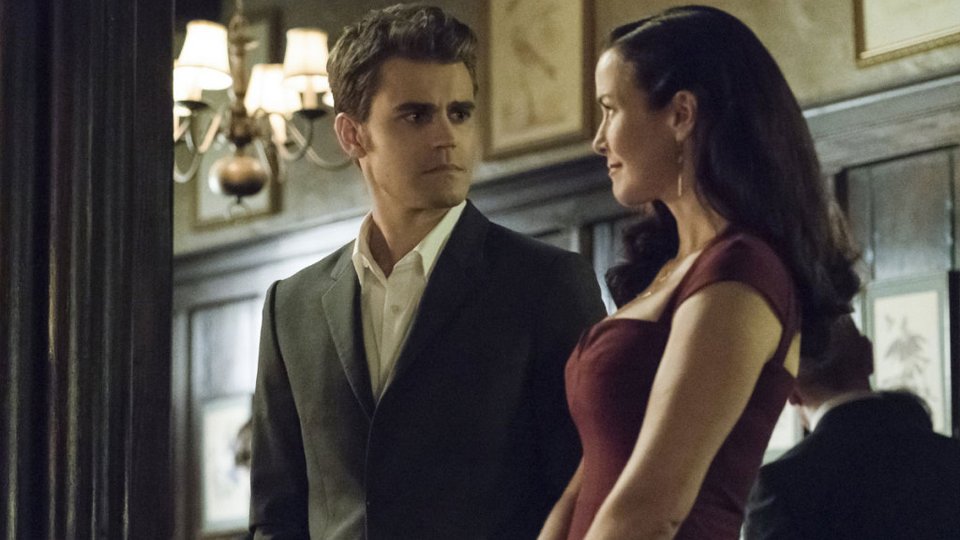 After using the Phoenix Stone to bring Jo back to life, Alaric was informed by Bonnie that the soul inside his wife’s body wasn’t hers. Bonnie discovered that the stone contained souls after Enzo (Michael Malarkey) took it so that Lily (Annie Wersching) could bring Julian (Todd Lasance) back to life.

Elsewhere in the episode Damon (Ian Somerhalder) and Stefan (Paul Wesley) teamed up with Valerie (Elizabeth Blackmore) to destroy Julian’s coffin so that Lily couldn’t bring him back to life.

In the flashforward Bonnie was seen living in a mental institution and it was revealed that she was in a relationship with Enzo.

The next episode of the season is Best Served Cold. Lily hosts a dinner party to introduce Julian to Damon and Stefan. At the party, Bonnie and Matt uncover a strange mystery.

Tune in to ITV2 at 11.05pm on Wednesday to see the episode. Preview it with our gallery below: