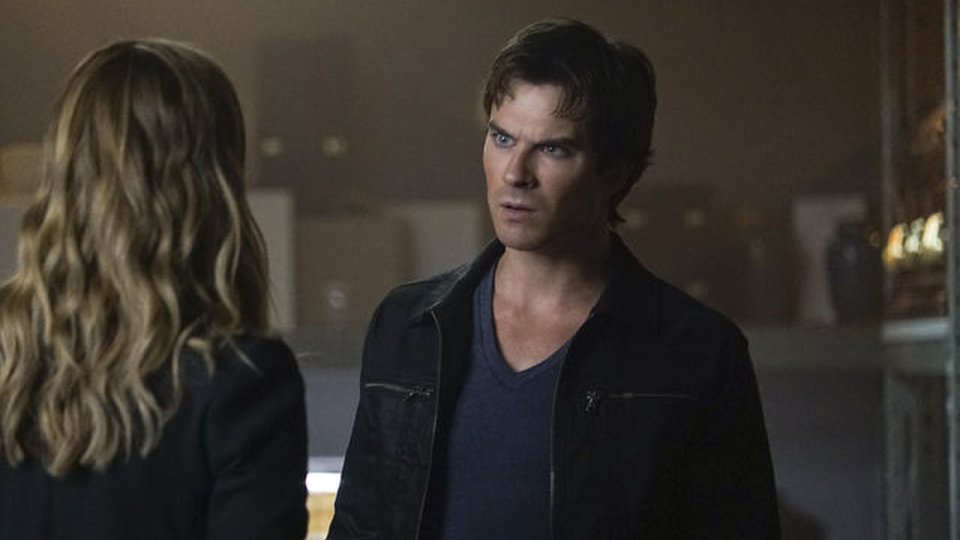 They had their work cut out for them when Nora and Mary Louise threatened to kill a student every hour if Damon (Ian Somerhalder) didn’t bring back Oscar (Tim Kang). Damon turned to Alaric (Matt Davis) and Bonnie (Kat Graham) for help and they brought Oscar back to life with the Phoenix Stone.

After he was brought back to life Oscar went on a murder spree and Damon got Elena’s (Nina Dobrev) coffin back from Lily (Annie Wersching). He decided to send Elena away with Tyler (Michael Trevino) to keep her safe.

Elsewhere in the episode Alaric and Bonnie brought Jo (Jodie Lyn O’Keefe) back to life and in the flashforward it was revealed that Alaric was the father of twins.

The next episode of the season is Live Through This. Damon decides to make a change. Lily gets ready for the arrival of someone special. Bonnie and Enzo are faced with a violent threat.

Tune in to ITV2 tonight at 11pm to see the episode. Preview the episode with our gallery below: