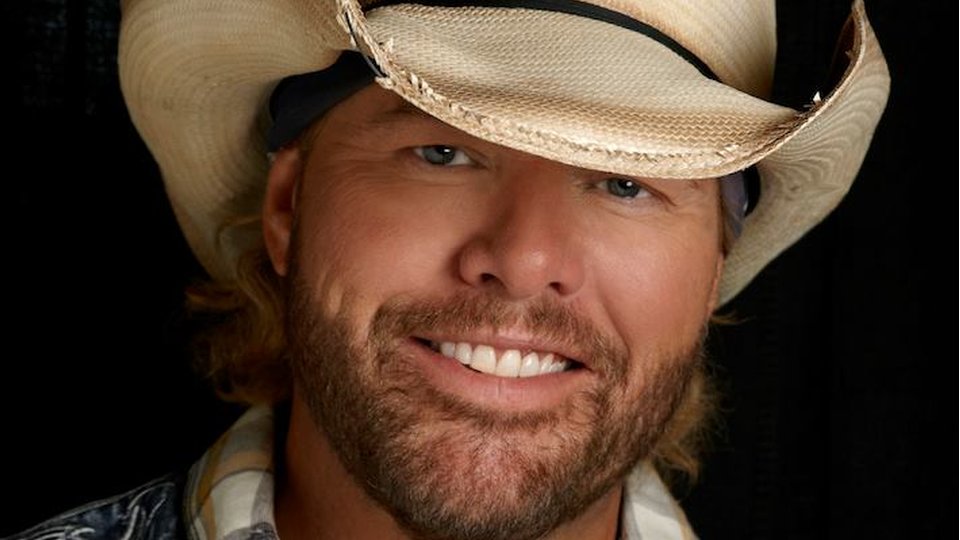 When it comes to Country music, few artists are as successful as Toby Keith. The legend has been releasing albums since his self-titled debut in 1993 and he’s established himself not only as one of the leading artists in Country music but also as one of the top grossing live performers of the genre. To date he’s sold in excess of 50 million albums and he was recently inducted into the Songwriter’s Hall of Fame. Recently Toby released his 18th studio album 35 MPH Town, which he produced along with Bobby Pinson.

Toby has co-written every song on 35 MPH Town with the exception of opening number Drunk Americans, which was written by Brandy Clark, Bob DiPiero and Shane McAnally. The track is a raucous drinking song celebrating getting together with friends and strangers without judgement or labels. It’s a strong start to the record and definitely a catchy singalong number. The album’s lead single here in the UK is the title track, which is sure to provoke conversation as Toby sings of today’s youth taking things for granted and not understanding the importance of hard graft and good behaviour.

Elsewhere on the record things get a little tropical and political on the jolly Rum is the Reason where Toby muses that rum was the reason why pirates never got a chance to rule the world, What She Left Behind is a tale of longing after a lover leaves Toby’s life, and Haggard, Hank & Her pays tribute to two Country legends and a former lover. Jimmy Buffett features on the acoustic-led Sailboat for Sale lending his distinctive twang to the track.

One of the best moments on the album comes on the uptempo Every Time I Drink I Fall In Love where Toby explores the pitfalls of alcohol-induced affection. It’s a theme we’re sure many people can relate to and it’s one of the lighter songs on the record. The album comes to a close with the gorgeous Beautiful Stranger with Toby singing the virtues of an intimate encounter with his lady who shows a different side of herself to him during a date.

Toby Keith has crafted a record that stays true to his artistry and flies the flag for traditional country. There’s no attempt to play to the mainstream or follow the footsteps of artists such as Luke Bryan. Toby has always played by his own rules and he continues to do so. 35 MPH Hour is an observational record with plenty of light and shade that will keep longtime fans of Toby’s very happy. It may also pick him up some new fans who want a bit more substance from their Country music.