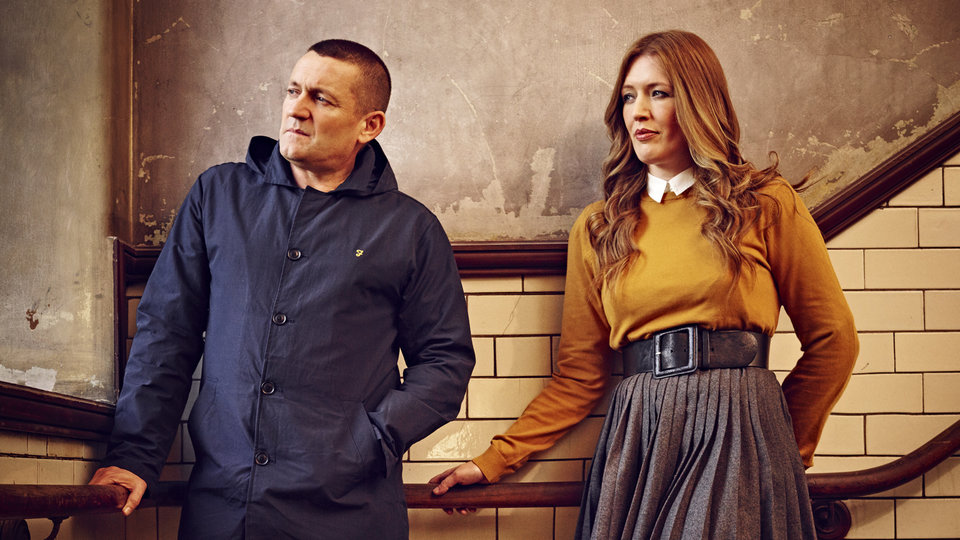 Paul Heaton and Jacqui Abbott worked together back in the 90s as part of The Beautiful South. After some incredibly successful years the band parted ways and whilst Paul continued with music Jacqui Abbott dedicated her time to her family. Fast-forward to today and the Paul and Jacqui are reunited after their collaboration on The 8th. After that came an album release of What Have We Become? last year, which was received by the media and fans with praise. EF speaks to Jacqui Abbott about their new album and upcoming events.

I am fine thank you, I am very well.

What have you been up to these past couple of days?

We’ve been practicing with the band for the last couple days trying to get used to the new songs as the album Wisdom, Laughter and Lines is coming out.

You’re new single The Austerity of Love sounds quite summery for a winter track. Can you tell me a bit about it?

The song is about the back and forth talking between two people and how overwhelmed they are with being in love. The music is quite summery and came out right at the end of summery so hopefully when people play it they can see it’s a nice happy song. Paul likes to put bitter lyrics to up tempo songs, he has a knack to give you the sweet and sour.

Paul and you started working together after over ten years, how has the experience been so far?

It’s been fantastic! I went away for a long time to be with my family and never conceived going back to singing really. It was a chance contact via social media when Paul asked me to take part in a project called The 8th which involved lots of different artists. It was a relatively small thing to get involved in and get back into it. I knew immediately how much I’d been missing singing but when you’re not around it anymore you don’t think about it too much. The 8th was such a happy experience and the crowd responded so well to us being on stage again. Everything from that was the positive seed that make Paul ask me to make an album together. I knew in myself that I wanted to try and continue on. It just kept progressing from there. After the success of What Have We Become? Paul asked me if I wanted to do another album and I just said ‘yep’. People on social media have been so lovely with their messages and support.

Is the new album Wisdom, Laughter and Lines a continuation of What Have We Become?

It is a bit. The bittersweet, Paul’s political views, relationship views and family values all come through in the new album. It’s live experience of what you know and what you learned and the album has matured in that way and show appreciation to where you are in your life. This album is more up tempo and more positive to the previous one.

You’ve been really busy since What Have We Become? when did you find the time to record the second album?

Do you ever disagreed on any of the subject matters that Paul writes about?

No not really. It’s about having that level of respect if you admire somebody for what they do and how they do it. To know that they come back and produced that amount of work, you have a full amount of respect for them for doing that and you also put a lot of trust in that person for what they are as a writer and what they give to you to sing. Even if there was a disagreement Paul is not the kind of person that you can’t go to, to say you have problematic to sing that but for me personally that’s never been the case.

That is also why you work so well together.

Yes if you understand the tone of value of the songs and how you want them to sound you put your little stamp on and you know that Paul has respect for how you sing his songs. He also has a bit catalogue of songs that you can pick and choose from and it’s an enjoyable experience. Otherwise it would be problematic

You’re about to go on tour, how do you prepare for that?

We just go into it straight away with band practice. We get a few emails back and forth with Paul to decide the setlist and how to incorporate the new material as much as you can. There’s quite a big back catalogue to choose from in terms of songs so Paul does a fine job at finding what people want to hear and the new stuff. It’s nice to get used to each other again on tour and to have a good time. It’s about playing the music and having a good time really.

Thank you so much for your time Jacqui.

Paul Heaton and Jacqui Abbott’s album Wisdom, Laughter and Lines is out now through Virgin EMI.