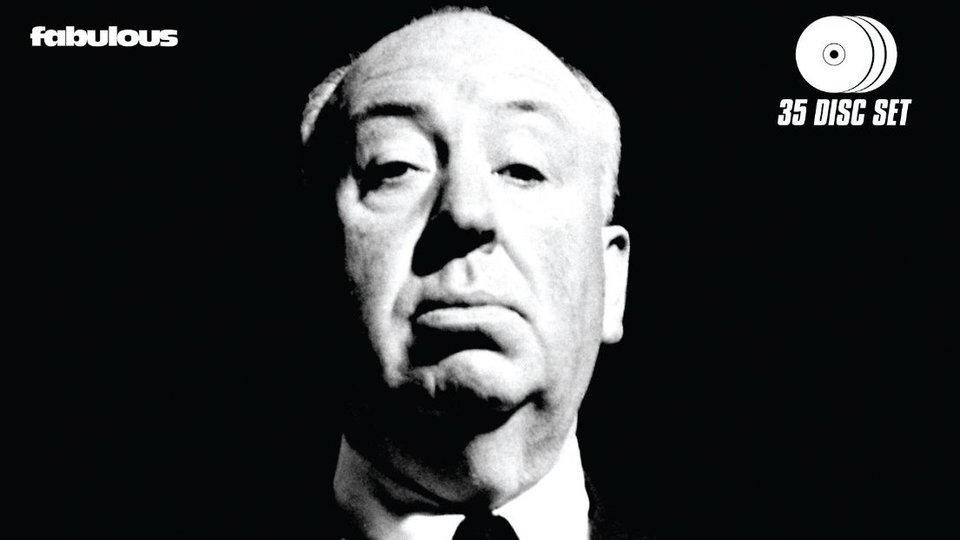 Between 1955 and 1965, Hitchcock used these simple words to introduce his timeless episodes of horror, mystery and intrigue. The CBS and NBC show received three Emmy awards as well as a Golden Globe for Television Achievement, set the gold standard for all TV mystery series to come and in the words of Alfred Hitchcock himself, “brought murder back into the home – where it belongs”.

There were 268 episodes –the most famous perhaps being Roald Dahl’s “Man from the South” starring Steve McQueen, in which a man bets his finger that he can start his lighter ten times in a row. Also included is the 1962 episode “The Sorcerer’s Apprentice” which was not broadcast by NBC because they felt the ending, involving the “sawing a woman in half” trick was too gruesome.

Hitchcock was a multiple nominee and winner of a number of prestigious awards, receiving two Golden Globes, eight Laurel Awards, and five lifetime achievement awards including the first BAFTA Academy Fellowship Award, as well as being five times nominated for, albeit never winning, an Academy Award as Best Director.

After refusing a CBE in 1962, Hitchcock received a knighthood in 1980. Asked by a reporter why it had taken the Queen so long, Hitchcock quipped, “I suppose it was a matter of carelessness”.

Hitchcock was infamous with cast and crew for his practical/warped jokes. While some were harmless such as colouring all the food at a lavish dinner party with blue food dye, others were more macabre. Actress Elsie Randolph revealed her fear of fire to Hitchcock, which led him to getting an electrician to pump smoke in to a telephone box after she had been locked inside. It’s common knowledge Hitchcock tortured Tippi Hedren during the filming of The Birds but he also extended this sadistic humour to her 6 year old daughter Melanie Griffith whom he sent a wax figure of her mother in a coffin, dressed up in the same costume she wore in The Birds. Unsurprisingly Melanie Griffiths has said about Hitchcock “He was a mother******, and you can quote me.”

Despite this reputation many stars still worked with Hitchcock.

To be in with a chance of winning one of two copies of the Alfred Hitchcock Presents… boxset on DVD, just answer the question below.