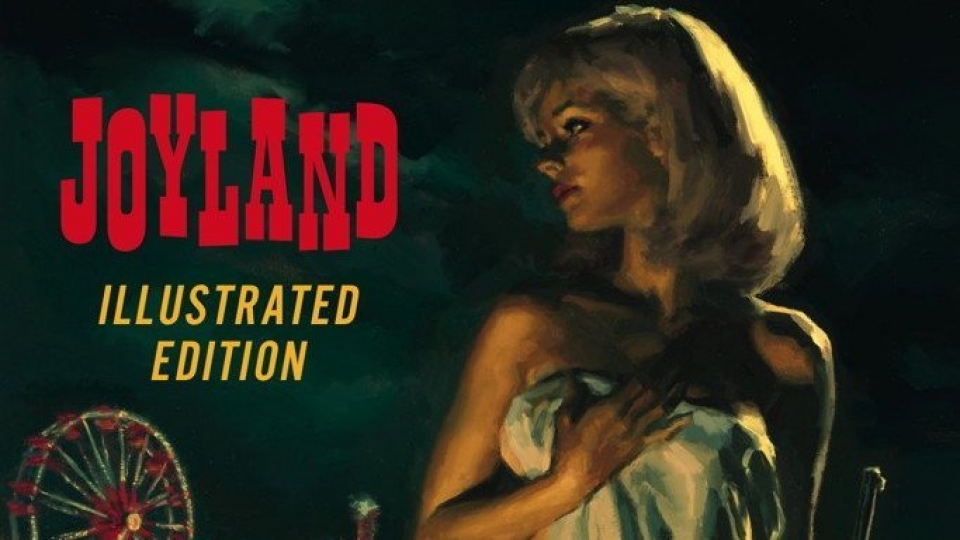 This new edition of Stephen King’s bestselling Joyland features a brand new cover painting by the late Glen Orbik (1963-2015), one of Hard Case Crime’s most popular artists; a map of the Joyland amusement park illustrated in the classic ‘mapback’ style by Susan Hunt Yule; and more than twenty interior illustrations by acclaimed artists Robert McGinnis, Mark Summers and Pat Kinsella.

Since its publication, Joyland has won rave reviews worldwide. The Washington Post called it “a moving, immensely appealing coming-ofage tale” while Canada’s National Post called it “a small marvel of a book, a novel of loss and heartbreak, of growth and discovery… one of the writer’s finest works.” Entertainment Weekly called it “some of King’s most graceful writing”; the New York Times wrote, “The book delivers chills [and] a mournful sense of life’s fragility”; and the Guardian in the U.K. called it “a far gentler, deeper, more thoughtful book…and all the more intriguing for it.”

Set in a small-town North Carolina amusement park in 1973, Joyland tells the story of the summer in which college student Devin Jones comes to work at the park and confronts the legacy of a vicious murder, the fate of a dying child, and the ways both will change his life forever.

A riveting story about love and loss, about growing up and growing old—and about those who don’t get to do either — Joyland is Stephen King at the peak of his storytelling powers. With all the emotional impact of King masterpieces such as The Green Mile and The Shawshank Redemption, Joyland is at once a mystery, a horror story, and a bittersweet coming-of-age novel, one that will leave even the most hardboiled reader profoundly moved.

To be in with a chance of winning one of 3 Joyland books, just answer the question below.