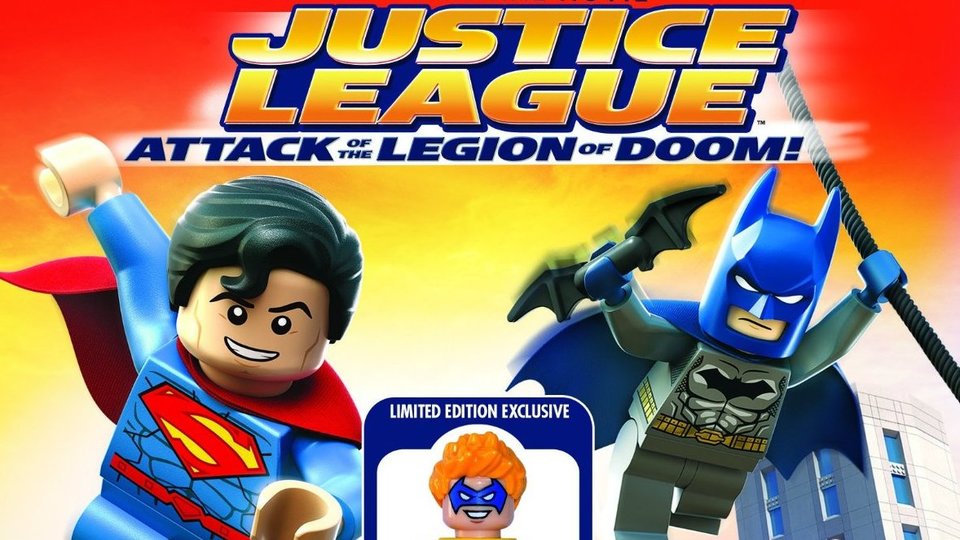 To celebrate the release of LEGO DC Justice League: Attack of the Legion of Doom, we’re giving away 3 Blu-ray copies, complete with limited edition Trickster minifigure. Watch as your favourite superheroes prepare to take on an evil group spearheaded by villainous genius Lex Luthor, who is obsessed with world domination.

The evil galactic tyrant Darkseid enlists Lex Luthor and his formidable Legion of Doom, to launch a daring plan to attack top-secret government site, Area 52, and take over the world!  If the plan succeeds, the Legion of Doom will have access to some of the word’s deadliest weaponry and advanced alien technology. Is success for the daring villain finally within reach, or is crime destined to suffer yet another humiliating defeat by the Justice League? Find out in LEGO DC Justice League: Attack of the Legion of Doom, available on Blu-ray and DVD from 19th October.

To be in with a chance of winning one of 3 Blu-rays of LEGO DC Justice League: Attack of the Legion of Doom, just answer the question below.