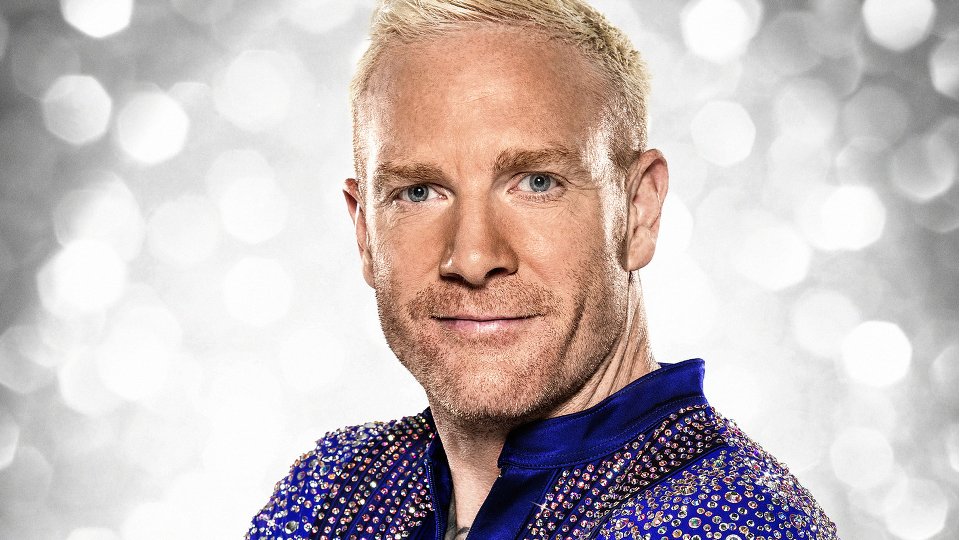 Former athlete Iwan Thomas tried his best to distract us from his lack of dancing ability by ripping open his shirt on last night’s Strictly Come Dancing.

Dancing the Cha Cha with his partner Ola Jordan, Iwan showed off his impressive physique (and his myriad of tattoos) as he gyrated and moved around the dancefloor. During week 1 Craig Revel-Horwood admitted he was distracted by the star’s backside and last night we’re not sure where he focused his eyes during the sexy routine.

Despite his best efforts, Iwan still ended up at the bottom of the leaderboard putting him in danger of being the first celeb to be eliminated from the competition during tonight’s results show. You’ll have to tune in to BBC One at 7.15pm tonight to see if he survives to week 3.

We’ve got a couple of stills from the performance so you can admire Iwan’s chest too. You can also watch the full performance at the bottom of this article: