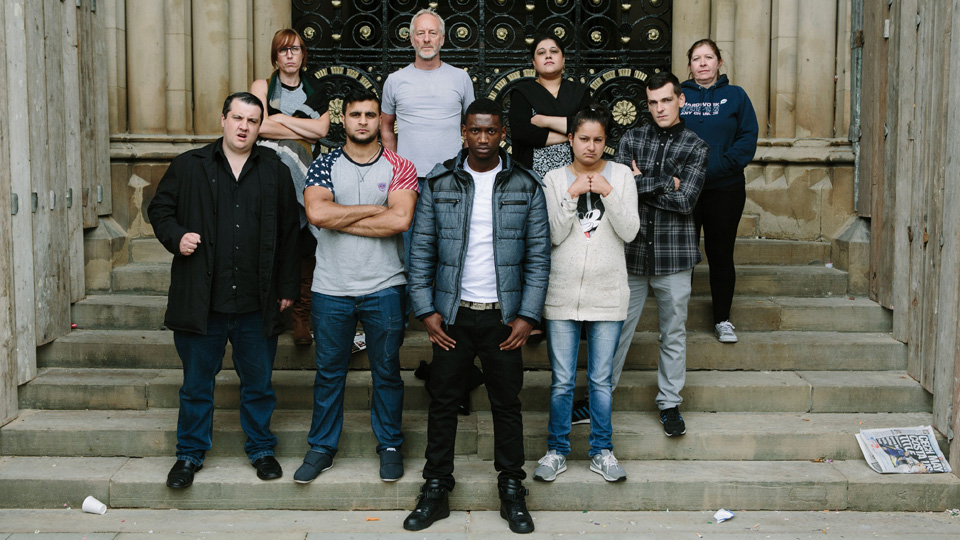 The Deal Versus the People at Bradford City Hall

Fringe First winners 2014, Common Wealth enlist the people to bring the closed door trade negotiations between the EU and the US into the open in an anarchic questioning of how much power we have, how much we’ve given away, and how we can take it back. Five new local Bradford actors from underrepresented demographics get up close to the audience in an immersive, site-specific production as they ask what we are prepared to do, and what we can achieve as a group as they take on the controversial trade agreement TTIP and its threat to democracy. In the normally hushed chambers of Bradford City Hall and the halls of power in Brussels, Common Wealth and the People are making a noise.

The five new actors are all surviving under the government’s current austerity measures. They’re passionate, charismatic, angry, unheard and above all hopeful. Wahida is a Muslim mother of four, Amer runs a small business selling washing powder on markets, Cain is an unemployed dance graduate, Tyrrell has been working zero hour contracts, Fiona is a mum in her 40s who has a six hours a week contract. But what happens if they call the shots?

Evie Manning, Co-Director of Common Wealth said: “TTIP is one of those things that you usually find out about after it’s happened – when it’s too late to do anything so we find it quite exciting that we know now. We’re interested in thinking about what you can achieve if you bring 100 people together in a room. Through working extensively in the communities in Bradford most hit by austerity, we’ve become really aware of how people are feeling – that they’re angry, they’re not stupid and they know what’s going on. More and more people are saying let’s take a stand, so that’s what we intend to do. The Deal Versus the People is a play about civil disobedience, about not just putting up with what the powerful tell us we should put up with, and seeing what we can do through theatre to express our anger, action and solidarity.”

Gilly Roche from West Yorkshire Playhouse adds: “West Yorkshire Playhouse is committed to creating vital theatre that makes us think differently about the world we live in. To us, Common Wealth are a perfect representation of this ethos – they tackle big political stories with fierce, tenacious theatricality and dynamism. Moreover, they strive to ensure that their work is accessible to communities that would not normally engage with the theatre, ensuring that the political impact of their work is felt across as diverse a cross-section of society as possible. We are delighted to be co-producing The Deal Versus The People and can’t wait for audiences to join us at Bradford City Hall.”

Mia is set for the Edinburgh Fringe