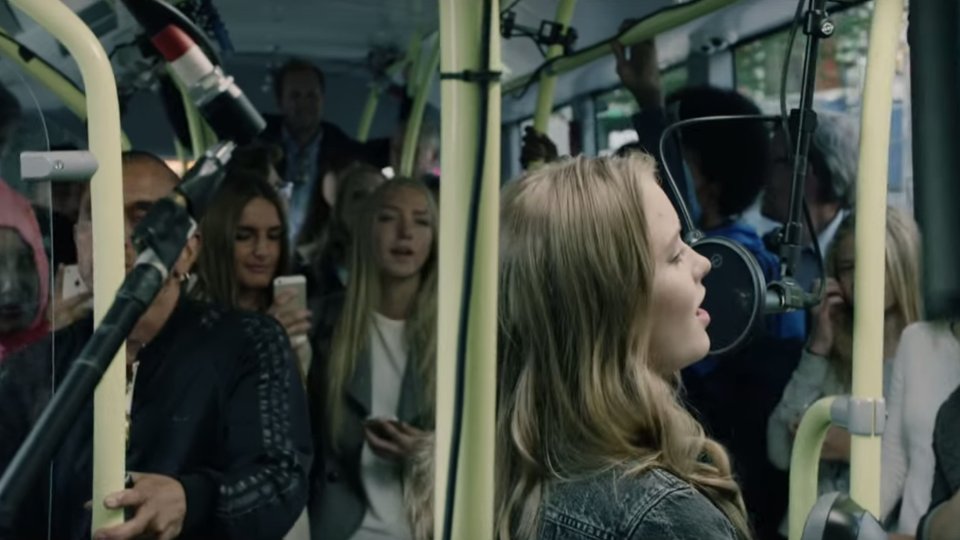 Swedish singer Zara Larsson surprises a bus full of people by giving an acoustic performance in a new video for Silent Bus Sessions by ElectriCity.

The performance takes place on an electric bus in Gothenberg, Sweden and Zara performs her song Better You. Accompanied by an acoustic guitarist, Zara silences the bus once she starts singing with the passengers captivated by what they’re seeing.

At first the passengers aren’t sure that it’s really Zara but as she progresses with the song they soon realise that she’s the real deal. Zara rose to fame in 2008 when she won the Swedish version of Got Talent. She’s since released three studio albums and won a handful of awards.

Silent Bus Sessions are a series of acoustic concerts on the number 55 bus running on its ordinary route. The buses are fully electric – no emissions and very little noise.

Watch Zara’s performance by pressing play on the video below: