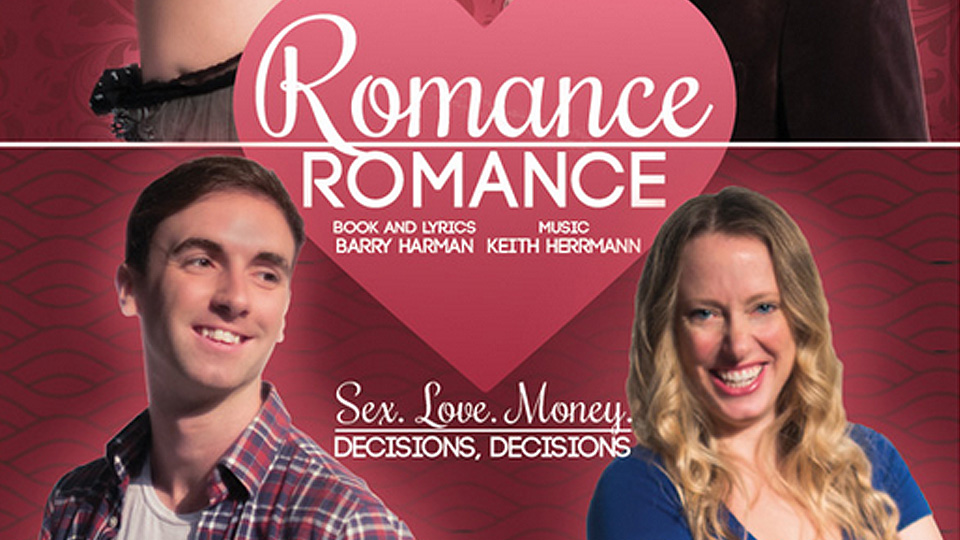 Following the success of The Clockmaker’s Daughter, The Landor Theatre will present Theatrica Ltd’s production of Keith Hermann and Barry English’s musical Romance, Romance, in its first London revival for 20 years. The two-part musical is based on a pair of short stories: Arthur Schnitzler’s The Little Comedy and Jules Renard’s Le Pain de Menage.

Through a madcap assortment of characters, a case of mistaken identity in Vienna, an illicit affair in the Hamptons and a number of bloodthirsty insects, this charming two-part musical explores the secret ingredients of building a relationship that stands the test of time. This heart-warming show follows in the footsteps of The Landor Theatre’s hugely popular productions of She Loves Me and The Clockmaker’s Daughter and teaches us, above all, to “cherish your romantic notions.”

The production was originally staged Off-Off-Broadway in 1987 at the Actor’s Outlet Theatre before transferring to Broadway at the Helen Hayes Theatre, directed by Barry Harman and produced by Dasha Epstein, Harve Brosten and Jay. S Bulmash. It went on to be nominated for five Tony awards in 1988 including ‘Best Musical’ and ‘Best Original Score’.

Produced by Theatrica Limited in association with The Landor Theatre, and presented by arrangement with Samuel French, Romance, Romance is directed by the Landor’s Artistic Director Robert McWhir who also directed She Loves Me and The Clockmaker’s Daughter.

Musical Director Inga Davis-Rutter recent work includes You Can’t Succeed on Broadway if You Don’t Have Any Jews in Israel and then at the St James Theatre in London and as well as Spend, Spend, Spend and Love Story at the Union Theatre.