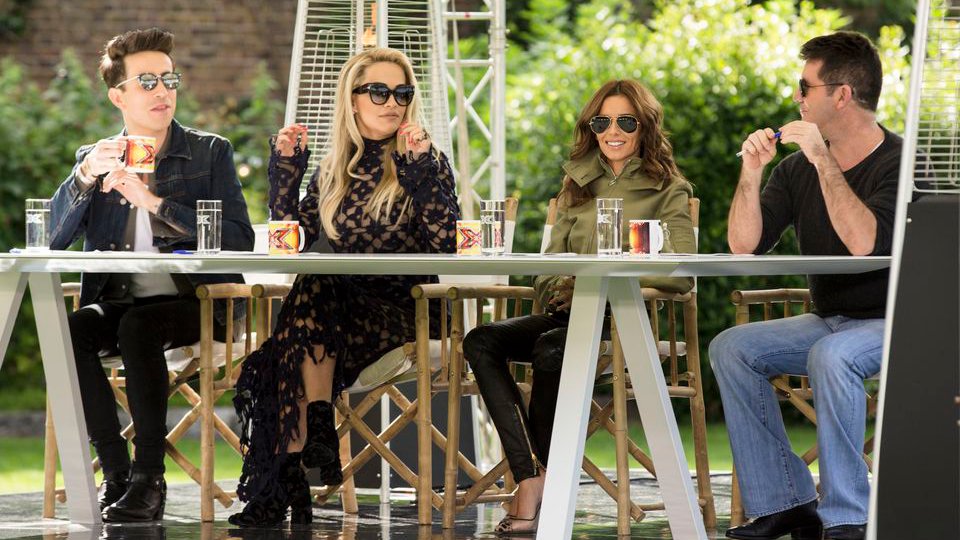 The judges, Cheryl Fernandez-Versini, Rita Ora, Rick Grimshaw and Simon Cowell resumed their places to decide the fate of the incredible contestants that are in the running this year. At day three of bootcamp, spirits were high and nerves were felt by all, EF is here to give you the recap on what happened.

Day three of bootcamp was all about getting the contestants individualities to shine some managed just fine others not so convincingly.The contestants were able to watch each other perform and assess the competition. Hoping to secure a space in the next stage of the competition was the girl group, Silver Tone who disappointed the judges by falling back into their old ways. Lauren Murray started off fine but then forgot the words but the judges seemed to like the rawness that came out of her vocals. 18 year-old Brodie Kelly, who sang a beautiful piano arrangement of Rihanna’s Diamonds song but couldn’t control his nervous and looked petrified in front of the judges.

Simon Lynch was brave and sang the big ballad, First Time I Ever Saw Your Face, which left us with mixed feelings about his performance. The judges also were mixed on the performance and gave different reviews. Josh Daniel sang Jason Derulo’s Want To Want Me and he mesmerised us with his engaging performance and thought he had great charisma on stage. A contestant we have a soar spot for is the fabulous and unusual Seann Miley Moore, who dazzled the judges not only with his stage presence but with his powerful vocals and honest performance. We absolutely loved his performance too.

After a short break it was Anton Stephan’s turn to try and secure his space in the next step of the competition. The professional singer sang his heart out looked fierce as he did so. In control but also heartwarming he managed to wow the judges and other contestants. Alien also looked great on stage and already we could imagine them selling records. The judges found them interesting. Tonatha Raihan brought a smile to our face with her positive vibes even though she was quite nervous.

Another interesting and unusual character on the show is Joseph McCaul who doesn’t look like your stereotypical pop star but who would care with vocals as powerful. The judges weren’t convinced he would sell records. Trying her luck for a second time was Monica Michael who sang Ain’t No Sunshine and her raw vocals seemed to hit a chord with the judges. This year is full of unexpected contestants and Romanian-born Papasidero, who had his black wings on this time and gave a full performance, which included a short strip and crazy vocals at the end that were a little too left-field but the judges seemed to keep an open mind.

Gem Ozalcin seemed to struggle with his vocals but was completely unswayed and still gave his all but he didn’t fool the judges. Geek-chic, Andre Batchelor was also struggling with his vocals and completely forgot the words, which obviously didn’t bare well for the judges. Hoping to beat his nerves was Che Chesterman, who managed to sing beautifully and hit all those notes perfectly. The judges seemed to make u-turn on their opinion and were seemed happy.

Bupsi was suffering of a chest infection but nevertheless gave it her all and we thought she brought what it takes to the table. We enjoyed her emotional performance. Ben Clark also wowed us with his vocals and completely hypnotised us with his stage presence. Girl group 4th Power decided to sing Titanium and for us their performance was all over the place but the judges loved the idea of working with them.

It was the end of day three of bootcamp and more contestants had to wait another night before their turn to sing in front of the judges. The First Kings were on first and were great vocally but their performance felt little bit outdated. Holly Johnson was able to stand out with her vocals but seemed nervous. It was the turn of Ankush Khanna, who sang Love Me Like You Do. He got off to a wrong start with a shaky performance but seemed to win over his nerves by the end of his performance. Simon didn’t think he did enough. Jennifer Phillips was up next and sounded a little rough on the edges but still managed to give a decent performance.

Kiera Weathers seemed to struggle with some of her notes to begin with but she looked in control whilst singing on stage. She seemed a little disappointed with her performance and the judges didn’t think her song choice suited her voice. One of the strongest contestants in the competition, Louise Johnson was brilliant on stage and is one of the only singers that in our opinion has everything it takes to succeed. Chloe Paige wasn’t feeling 100% but decided to do as well as she could, which we weren’t convinced by but the judges seemed to disagree. Gifty Louise is another unusual contestant that didn’t seem to sway the judges with her performance. Another young contestant on the show Charli Beard wanted to impress the judges following a patchy performance during the group auditions and seemed to manage to do this effortlessly.

Next is the six chair challenge.

The X Factor will be back next Sunday on iTV.

Advertisement. Scroll to continue reading.
In this article:The X Factor, The X Factor 2015