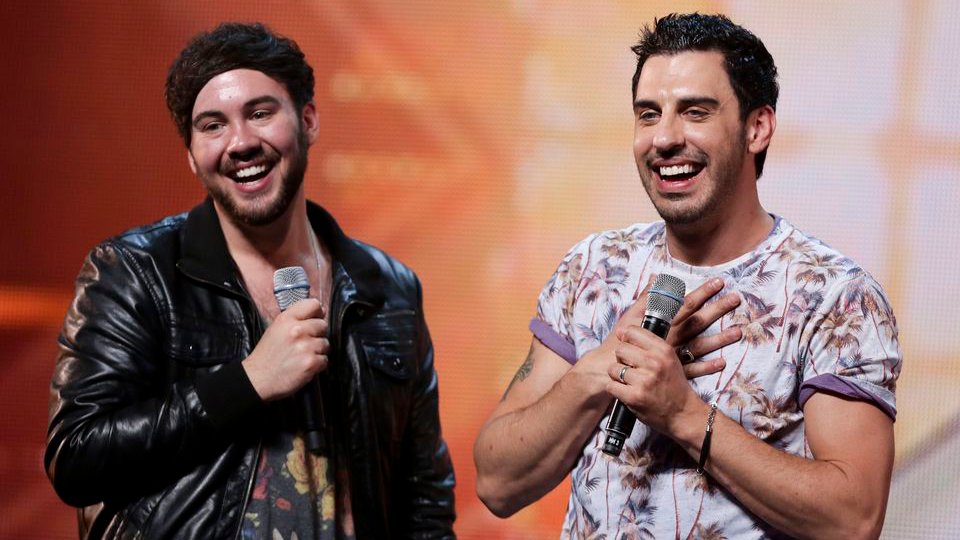 The four judges, Simon Cowell, Cheryl, Nick Grimshaw and Rita Ora were back this week to pick the contestants that will make it through to bootcamp. EF watched the episode and this is what happened.

Megan Dallas from Essex was on first and sang an acoustic version of TLC’s Waterfalls. Her vocals were spectacular, including her rapping, which we loved. Megan looked stunning on stage and the judges seemed to love her too, Simon said she was interesting and Rita thought she was sexy. Next up Kerrie-Anne Phillips gave up a life in Dubai to audition at The X Factor and her ballad version of We Found Love convinced the judges to put her through.

Someone who we really didn’t expect to sound they way they did was young singer Lucy Duffield who had a deep voice full of emotion and completely owned . Rita Ora said she smashed the tune, Cheryl told Lucy to be proud of herself and Nick who had met Lucy

Olly Murs felt chuffed when Nige and Kay chose his song to perform at the auditions and did a good job at it too. The married couple owned the track and made it about them, which was very sweet. Another duo that sounded great was Louel who complimented each others vocals very well. Finally The Shures sang Love Me Like You Do by Ellie Goulding and received mixed reviews from the judges and made it through to bootcamp.

Ice-cream man Andy Taylor came with treats and it worked as he secured a place in bootcamp. Anton Banaghan was up next and sand Budapest, which we thought was out of time and even slightly out of tune but the judges seemed to disagree and put the young Irish lad through to the next round.

Finally it was time for band Dtour to take the stage and they started off badly to which the judges didn’t react well even though their manager sang for them to get through to the next round. The pitchy round continued with Chase Mystery who simply didn’t manage to impress with his over the top performance and OK vocals. Ollie Marland was up next and picked a song that didn’t really work for the judges whom despite this decided to give him a second chance.

We were happy to see a familiar face in Joseph McCaul who came back stronger then ever with great vocals but Simon didn’t enjoy the performance and asked him to come back with a different song. When he came back he won the audience’s vote with his acapella version of I Want To Dance With Somebody and the judges agreed it was a lot better and gave him his spot in the next round of the competition.

After a short break  we had to go through another set mediocre contestants and the judges weren’t kind. Menn On Poinnt decided to spice things up a little and definitely got the crowd smiling and dancing with their performance and by the end of it even Simon was smiling. We loved their good humour and thought they deserved to go through to the next round.

Forty year old Welsh mum, Sherilyn Hamilton-Shaw looked and sounded stunning on stage. Her performance completely swayed the audience and got Cheryl all emotional and tearful.

The X Factor will be back tomorrow night at  7pm in iTV.