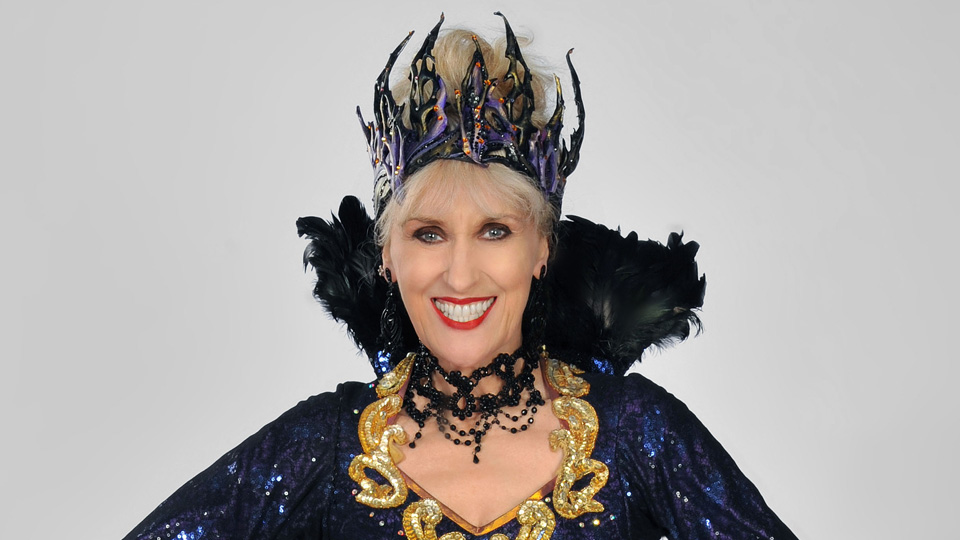 The New Victoria Theatre have announced that Katie Price and Anita Dobson will be sharing the role of the Wicked Fairy in their seasonal spectacular panto adventure, Sleeping Beauty.

Model, TV star, respected business woman and author, Katie Price will be bringing some glitz and glamour to Woking this Christmas, with stalwart of stage and screen Anita Dobson casting her legendary charm! They will be joined by CBeebies favourite Ben Faulks aka Mr Bloom as our green fingered Prince Charming and South African funny man Alan Committie as Chester the Jester.

Katie Price said: “I’m not sure who’s more excited about my role in panto, me or the kids! They’re going to enjoy it so much seeing me up on stage, although they might find it strange that I’m being so evil. Sleeping Beauty is one of the kids favourite stories and I simply couldn’t resist the opportunity. The people of Woking better watch out as I’m coming to getcha!”

Anita Dobson is renowned for playing the iconic role of Angie Watts in EastEnders. Since then she has had a vast career on stage and screen, from playing Queen Elizabeth in Armada to CBeebies sketch show Gigglebiz. On stage she’s starred as Mama Morton in the hit musical Chicago, Gertrude in Hamlet, The Merry Wives of Windsor for the Royal Shakespeare Company and She Stoops to Conquer at Theatre Royal Bath. Anita also starred in the musical film London Road which was released earlier in the year. Anita has also appeared in Strictly Come Dancing so she’s no stranger to glitzy costumes similar to the sparkly numbers in Panto!

Anita Dobson added: “Pantomime is a great love of mine. Being on stage surrounded by sparkly scenery and costumes, working with a fantastic company and hearing the children in the audience having such a great time gives me such a buzz. I love the Wicked Fairy, a role I have played many times before and I can’t wait to get that costume back on and start being bad again, I’ll have all of those children booing and hissing in no time!”

This fun-filled family adventure tells the tale of a beautiful princess who pricks her finger and falls into a deep sleep. Will her true love be able to awaken her and save the kingdom from this enchantment?