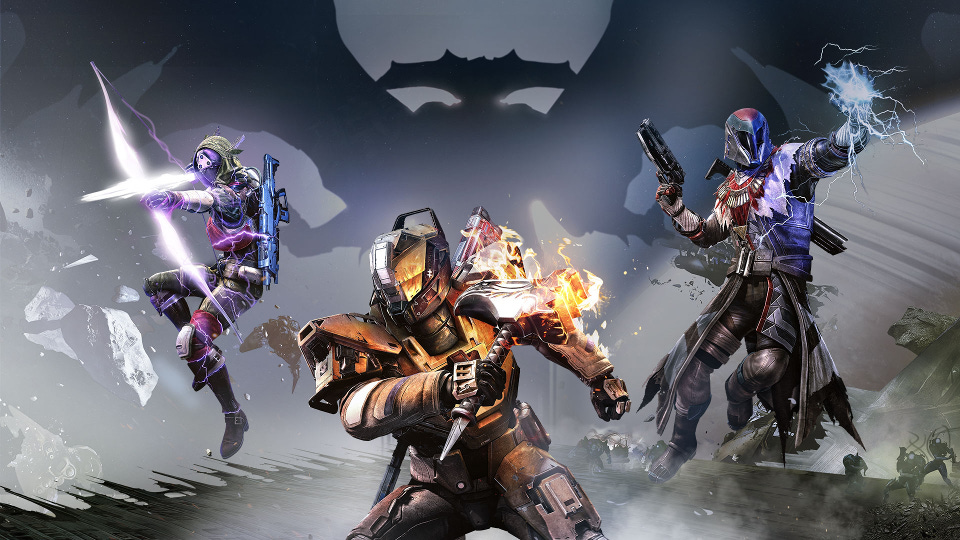 To celebrate the global launch of Destiny: The Taken King, UK YouTubers Alex Noon aka Arekkz and James White aka Wizzite took part in a daring real-life stunt inspired by new super abilities seen in the game.

Attending a special Guardian Training Camp in London, Arekkz and Wizzite learned how to wield lightning, just like a Warlock Stormcaller. Wearing a special Voltrex suit connected to a Tesla Coil, Arekkz and Wizzite appeared to shoot lightning from their hands. Three quarters of a million volts of electricity surged across their body as bolts of lightning several meters long sparked from their fingertips.

As well as the daring Stormcaller stunt, Arekkz and Wizzite wielded a giant flaming metal hammer, just like a Titan Sunbreaker and discovered what it takes to become a Hunter Nightstalker, posing with a glowing, ‘void-energy’ bow.

The incredible activities at the Guardian Training Camp were staged especially by MTFX – a British special effects company who have created ingenious effects for many Film, Television and Live event productions.

Developed by Bungie and published by Activision Publishing, Destiny: The Taken King, is the next great adventure in the first person shooter Destiny universe, introducing a new story campaign, new enemies to fight, new locations to explore and more. To stand up to the challenge, players will have access to three devastating new Guardian subclasses with new supers. Warlocks will harness the power of an electric storm, Hunters will care a bow formed from gravitational void energy, and Titans will summon a flaming hammer that can sear their adversaries from a range or deliver a devastating melee impact.

Destiny: The Taken King is available now for PlayStation 4, PlayStation 3, Xbox One and Xbox 360. Check out the official Destiny website for more information.