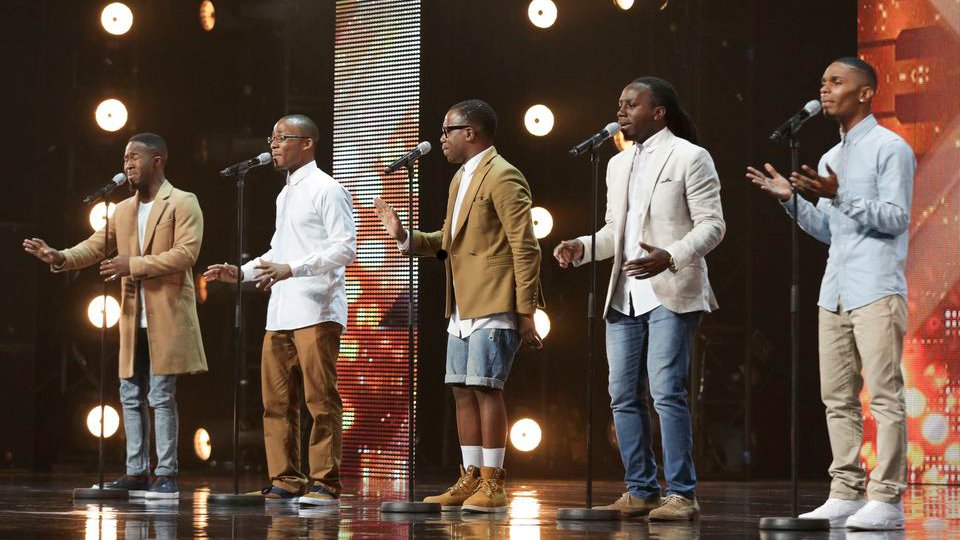 This week the judges, Simon Cowell, Rita Ora, Nick Grimshaw and Cheryl continue with the auditions. EF watched episode 5, which was full of talented singers and some funny moments. Here is our recap on all the action.

First up was Italian contestant Papasidero who despite looking like he might be one of the joke contestants was in fact good and completely bonkers. The young singer got 4 yeses from the judges and looked like he was about to take off with his angel wings.

Alex Boye sang Pharrell Williams’ Happy and packed his performance with energy, which the judges rewarded with four yeses. Janesa Gill wasn’t as good with her vocals but she was very friendly and took the judges comments with a smile.

Finally we got to see a duo, Rock & Rose which after a rocky start, looking petrified on stage managed to brave their nerves and got the judges praises and got put through to boot camp. The serious-looking group didn’t look as excited as other contestants going through but maybe they have their eyes set on the big win. Ellis Lacy thought he’d wow the judges singing No Diggity and was cute on stage but looked a little uncomfortable on stage and the judges agreed he would be too much of a gamble to take through to boot camp.

Ex-Pop member and mum, Jade McGuire hoped to get a second chance at pop stardom and proved that she could still hold a tune. Simon thought it was a really great emotional performance and Rita said she loved to see a woman taking control of her career. We thought her audition was touching.

This week had quite a few bands on and we couldn’t wait to see if any would follow on the footsteps of some of today’s biggest bands in the world, which started off on The X Factor. Girlband Silver Tone sang Rather Be but didn’t really impress the judges with their timing. The judges told the girls to try again with a gospel song. When the girls came back they went back to their roots and performed a lovely gospel song, which worked a treat. Simon went as far as to say that he loved this girlband and Cheryl said the vocals were on point and that she was wowed. The girls got four yeses.

Another band on the show tonight and Silver Tone’s pals was boyband Bekln who sang Hold Back The River started quite shakily but managed to pick up the energy and vocals and added a cool acapella bit to the song that worked really well. Rita said the harmonies were tight and Simon commented it was a great time to be a British RnB band doing something different.

Seventeen year-old  Charli Beard sang Sam Cook’s A Change Is Gona Come and pretty much nailed the song from the moment she started singing. Her vocals were impressive at such a young age and completely took us by surprise. Nick said he got goosebumps from Charli’s performance and Rita liked how vulnerable the young singer looked. Vicki-Ann Nash also wowed the judges with her singing and won a place in the next round of auditions.

Girlband, Rumour Has It were put together on last year’s show and kept at it. The girls got to know each other during the past year and it really paid off as the girls proved they had great chemistry together and won a place in the next stage of the competition. Another familiar face on the show was London’s Monica Michael who got knocked out in the six chair challenge last year but looked delighted to be back. She sang a Christina Aguilera song who really showed off her vocals. The judges were just as swayed this year with Rita saying that she was ‘so great’ and that she made her feel special, Nick thought the performance was real and Simon said that they’d made a big mistake last year not putting her through to the live shows. Monica was put through to the next round!

The X Factor will be back tomorrow at 8pm on iTV.