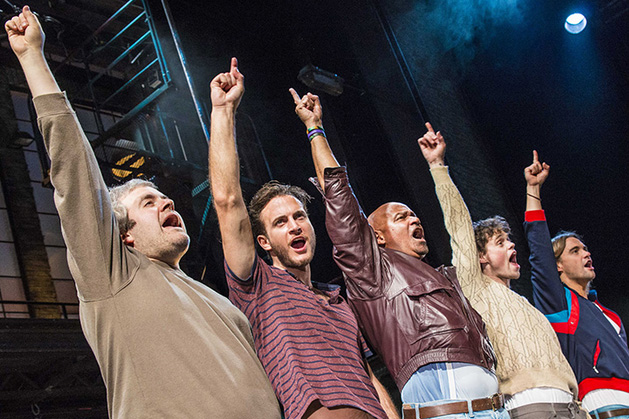 In 1997, a British film about six out-of-work Sheffield steelworkers with nothing to lose, took the world by storm becoming one of the most successful British films ever made. Now, the boys are back, only this time, they really have to go The Full Monty. The production also features iconic songs from the film by Donna Summer, Hot Chocolate and Tom Jones.

Simon Beaufoy, the Oscar winning writer of the film, has created a hilarious and heartfelt adaptation that’s getting standing ovations every night. The show opens at Blackpool Grand Theatre on Thursday 10th September before embarking on an extensive UK tour.

Samuel Paynehttp://samuelpayne.weebly.com
Reviewer of Theatre in the North, including releases of classic film and television.
Previous article
Tales Of New Orleans at The Vaults
Next article
DUSTY review

‘Priscilla Queen of the Desert’ at Bromley Churchill Theatre review