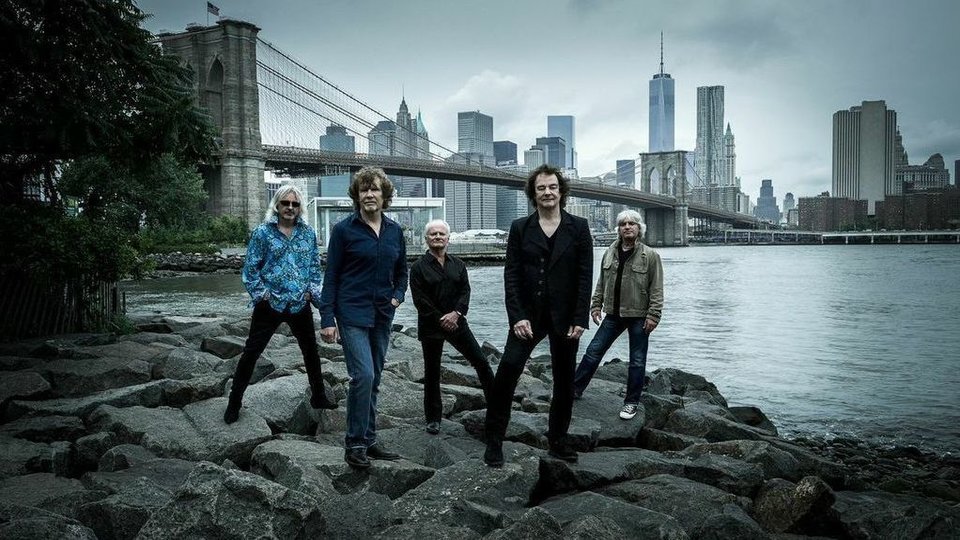 The Zombies have been hard at work for the past 18 months preparing for the release of their new album Still Got That Hunger. The band has been performing across the U.S. including a performance at SXSW festival and The Great Escape in Brighton.

Colin Blunstone speaks to EF about the new album and upcoming events.

Feeling very good today…went to the gym yesterday for the first time in ages which always energises me and makes me feel positive!

You have a new album coming out in October. Can you tell me about Still Got That Hunger’s journey?

The Zombies pre-recording routine is remarkably low key. Every few years conversation slowly starts to focus on the need for a new album which in turn usually provides the impetus for a burst of writing. This time around we wanted to work with an outside producer and were introduced to the wonderful Chris Potter. Chris has produced amongst others The Verve and Richard Ashcroft and he succeeded in making the whole recording experience one of the most enjoyable projects I have ever worked on. We also decided to rehearse the whole album really extensively before we went into the studio allowing us to record every track live.

How did Terry Quirk get involved in the artwork of the new album?

Terry is an old friend and a brilliant artist. I think the idea to involve him in the artwork for Still Got That Hunger came originally from our management company in the U.S.

You’ve been making music for a long time. How do you keep the creativity flowing?

I know everyone in The Zombies really enjoys playing and writing music. When you love what you’re doing it’s easy to stay motivated and keep the creativity flowing.

Your music is being used on TV regularly. What do you think is the appeal and is that something you enjoy?

I think one of the reasons The Zombies music is used so much in commercials and film is that the songs are so timeless and sound as fresh and relevant today as they did when they were first recorded.

Also Eminem sampled one of your tracks recently what did you make of that?

I thought Eminem’s use of Time Of The Season was fantastic! Of course he gave it a completely new twist but you could still hear our original track at the core of the recording. It’s always very flattering to be associated with someone so talented and commercially successful!!

You are going to be on tour this winter. How do you prepare mentally and physically for this?

It is a fairly sobering to realise that The Zombies will be touring solidly for the next 6 months. As I have already said we all love playing but the travel itself can eventually wear you down. Mentally, just reminding myself what lies ahead will keep me extremely focussed and physically I’ll try to be kind to my body with regular exercise and a sensible diet and in the past this sort of relaxed regime has always seen me through!!

Advertisement. Scroll to continue reading.
In this article:The Zombies