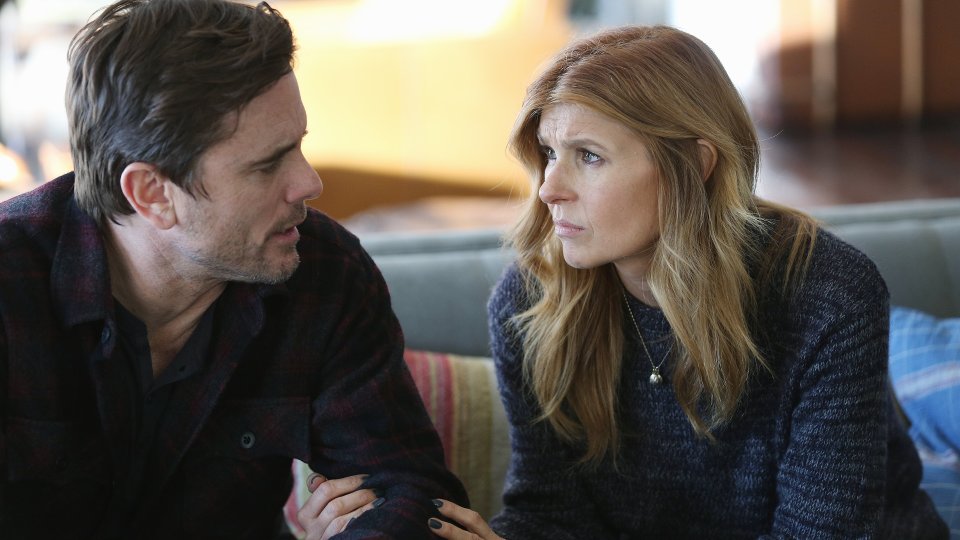 Rayna (Connie Britton) celebrated her 10th anniversary with the Grand Ole Opry but was left devastated after finally finding out Deacon’s (Charles Esten) news on the latest episode of Nashville.

Throwing herself into her anniversary celebrations, Rayna performed at the Opry with Maddie (Lennon Stella) and Daphne (Maisy Stella) as well as Deacon. Unaware of what Deacon was hiding, Rayna was shocked when Scarlett (Clare Bowen) pushed him to tell her about his condition. Is their a future for Deyna?

Elsewhere in the episode Will (Chris Carmack) was uncomfortable when he was paired with an openly gay songwriter in the studio, Sadie (Laura Benanti) opened up about her abusive ex-husband on national TV, and Gunnar (Sam Palladio), Scarlett and Avery (Jonathan Jackson) decided to call their band The Triples Exes.

The next episode of the season is I Can’t Keep Away from You. Rayna refuses to let Deacon wallow in his condition, but her support only frustrates him and pushes him away. Meanwhile, Avery, Gunnar and Scarlett are opening for Rascal Flatts on tour, but, when her past public meltdown haunts her on social media, Scarlett becomes wary of performing again.