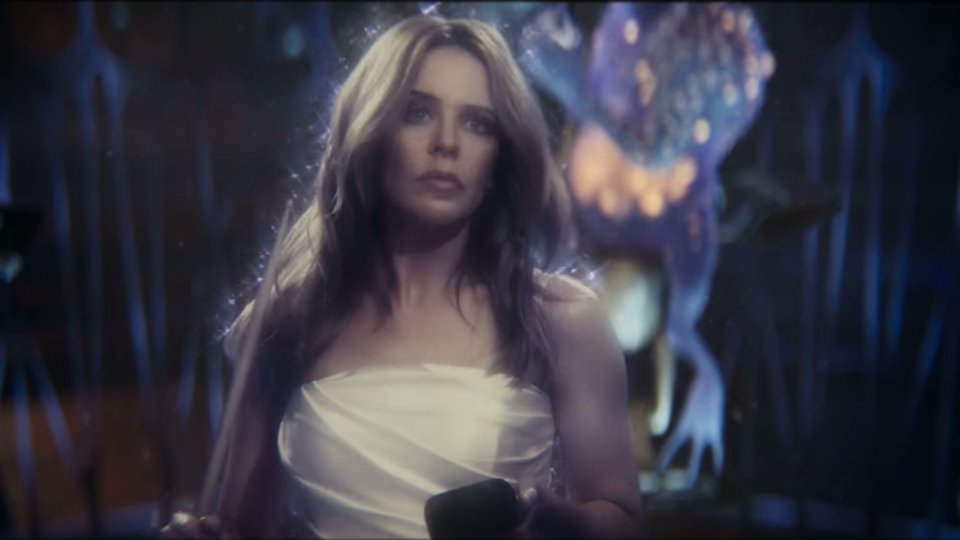 Kylie Minogue has released the music video for new track Absolutely Anything and Anything At All.

Taken from British science-fiction comedy Absolutely Anything, directed by Monty Python’s Terry Jones and written by Jones and Gavin Scott, the track was recorded for the film’s end title sequence.

Kylie said of recording the track, ‘Growing up in Australia, Monty Python thrilled, baffled and entertained my entire family. I’m such a fan. So, to record the theme song for (Python) Terry Jones’s Absolutely Anything was a great honour.’

Director, Terry Jones commented, “I was thrilled Kylie recorded the film’s end title song, she’s not as small as everyone says she is.”

Absolutely Anything stars Simon Pegg and Kate Beckinsale, Sanjeev Bhaskar, Meera Syal, Eddie Izzard and Joanna Lumley. The film tells the story of Neil Clarke (Pegg) who becomes all-powerful, suddenly finding he has the ability to do anything he wishes, a challenge bestowed on him by “the intergalactic counsel of superior beings” who are deciding on whether or not to eliminate Earth.

Advertisement. Scroll to continue reading.
In this article:Kylie