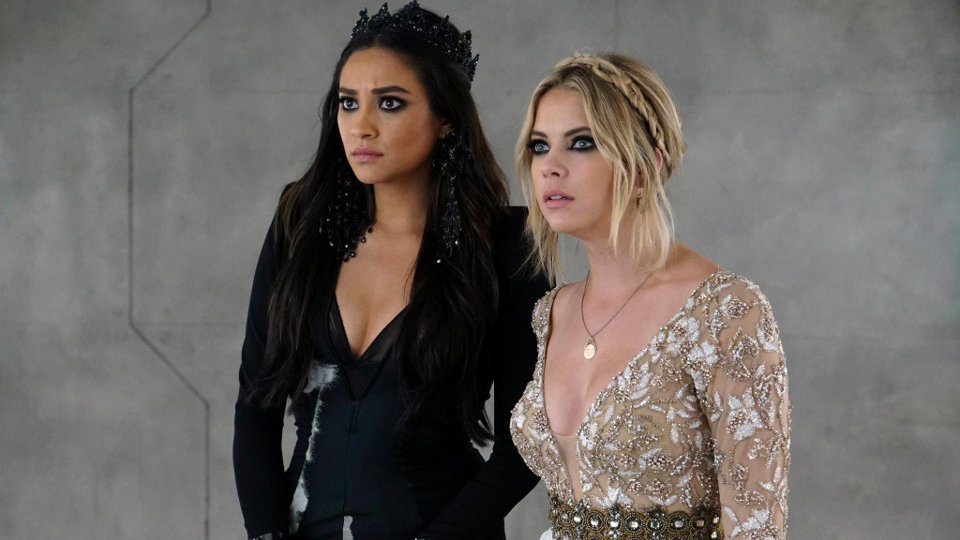 The Pretty Little Liars season 6 mid-season finale is nearly here and the first two minutes of the episode have been released.

The clip, at the top of this articles, starts around the 20 second mark and sees Alison (Sasha Pieterse), Aria (Lucy Hale), Spencer (Troian Bellisario), Hanna (Ashley Benson) and Emily (Shay Mitchell) on a rooftop trying to convince Charles not to jump. All of the girls seem to know who Charles really is and there is some interesting dialogue in the scene that has us scratching our heads.

Does Charles jump? Well the answer isn’t given in this clip as the action then jumps to earlier that night and picks up moments after Alison came face-to-face with Charles for the first time. Speculation is rife about who Charles really is and we’re assured all will be revealed, along with the series’ other big mysteries, in the mid-season finale.

Do we believe that we’ll get all the answers? With the show continuing for at least another season and a half we’re not 100% convinced.

Pretty Little Liars airs at 8/7c Tuesday on ABC Family in the US and Wednesday on Netflix in the UK. You can watch the first two minutes of the episode at the top of this article.